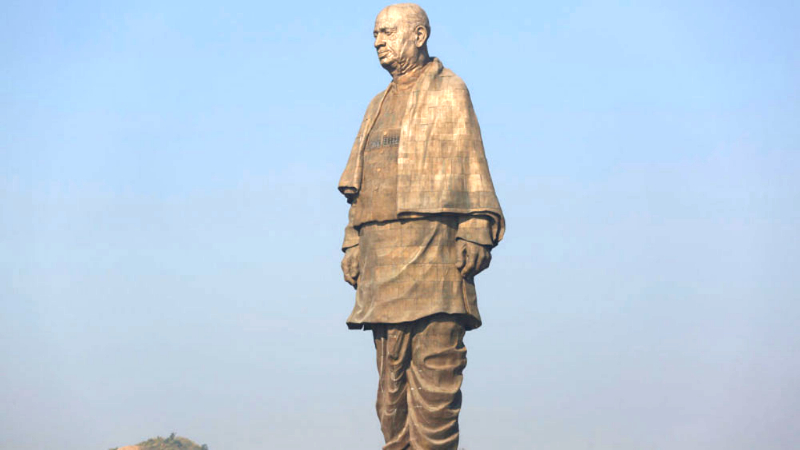 Congress chief Rahul Gandhi had set the tone for the party’s intervention in the morning itself amid the unprecedented hype around the 182m Statue of Unity — the world’s tallest statue — that Modi unveiled in Gujarat on Patel’s 143rd birth anniversary
AP
Sanjay K. Jha   |   New Delhi   |   Published 31.10.18, 09:20 PM

The Congress on Wednesday hit back at the BJP and the Rashtriya Swayamsevak Sangh for trying to usurp Vallabhbhai Patel’s political legacy, saying it was “ironic” that the Narendra Modi dispensation was unveiling the statue of a man whose commitments were antithetical to Hindutva.

The party underlined two messages. Sardar Patel, it said, had played a vital role in building institutions of democracy that the Modi government was destroying.

Two, independent India’s first home minister had banned the RSS after the assassination of Mahatma Gandhi.

Distortion of history, the party added, could not override ideological incompatibility with the nation’s builders.

Spokesperson Manish Tewari said that Patel was a stalwart of the freedom movement like Mahatma Gandhi and Jawaharlal Nehru and also a Congress leader, before going on to question the BJP’s legacy.

“What is the BJP’s own legacy? What is your DNA?” he asked. “If you open a quarrel with the past, you end up losing the present also. The fact that Sardar was a Congress leader can’t be changed. But what we witness today is that the institutions that Sardar built are being crushed by Modi.”

Congress chief Rahul Gandhi had set the tone for the party’s intervention in the morning itself amid the unprecedented hype around the 182m Statue of Unity — the world’s tallest statue — that Modi unveiled in Gujarat on Patel’s 143rd birth anniversary.

“Ironic that a statue of Sardar Patel is being inaugurated, but every institution he helped build is being smashed. The systematic destruction of India’s institutions is nothing short of treason,” Rahul tweeted.

“Sardar Patel was a patriot, who fought for an independent, united & secular India. A man with a steely will, tempered by compassion, he was a Congressman to the core, who had no tolerance for bigotry or communalism. On his birth anniversary, I salute this great son of India,” Rahul said in another tweet.

The Congress then launched a social media campaign, posting tweets, old newspaper clippings, videos and Sardar’s quotes to underline that the views of the independence hero were in sharp contrast to the Sangh’s philosophy.

One tweet said: “Sardar was one of the strongest proponents of the importance of secularism in India. His teachings against extremism & hatred are still as relevant today.”

Senior leader Anand Sharma tweeted: “True tribute to Sardar Patel will be to genuinely absorb his message of national unity, uphold the principles & values that he espoused. His legacy cannot be appropriated. History cannot be rewritten or distorted. Those who try to do so will not be forgiven by history.”

Sharma also slammed the government for disrespecting Indira Gandhi’s memory. The former Prime Minister was assassinated on this day 34 years ago.