The party added that there were “dissent” notes in three cases, but the EC had not supplied copies or details of those 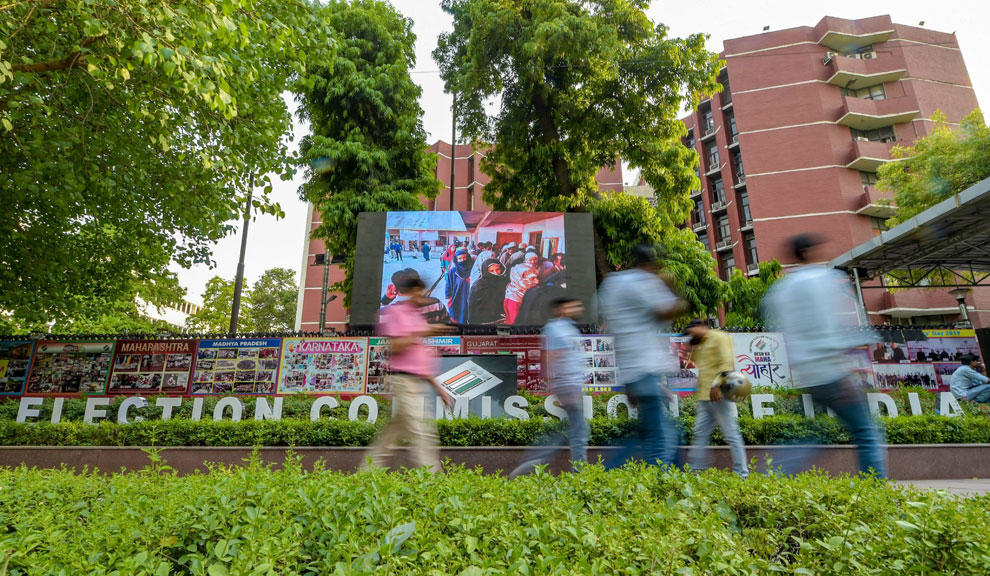 The Congress on Tuesday told the Supreme Court the Election Commission had not acted on seven out of 12 complaints it has filed against Prime Minister Narendra Modi since March 20 for alleged violations of the model code of conduct for polls.

The seven include the complaint the party filed on Monday after Modi’s comment on Rajiv Gandhi last week when he described the late leader as “bhrashtachari (corrupt) No. 1”. (Later in the day, the EC gave Modi a clean chit on this complaint.)

On the five complaints it had acted on, the EC had dismissed four “without reason”, the party said.

It added that there were “dissent” notes in three of these four cases, but the commission had not supplied copies or details of the dissent notes.

About the remaining complaint it had lodged on April 30 — over the alleged misuse of official vehicles of the Niti Aayog — the Congress said the poll watchdog had forwarded the complaint to the government’s policy think tank instead of acting on it.

The details were mentioned in the form of an additional affidavit filed through advocate Sunil Fernandes in a petition that Congress MP Sushmita Dev has moved.

Dev has accused the poll panel of deliberate inaction against Modi and BJP national chief Amit Shah despite complaints of poll code violations.

According to the petitioner, both Modi and Shah had brazenly indulged in hate speeches and invoked the Indian Army and the Balakot air strikes for election propaganda, violating the model code.

The top court had on Monday listed the matter for Wednesday. “The said orders (passed by the Election Commission) be brought on record. Matter be listed on 8.5.2019,” the court had said during a brief hearing.

Dev’s plea, in the latest affidavit, said: “The Respondent-ECI has initiated action for violation of the Model Code of Conduct and other relevant sections of the Representation of People Act, 1951, against Smt. Pragya Singh Thakur, Smt. Maneka Gandhi, Shri Ajay Singh Bisht (Uttar Pradesh chief minister Yogi Adityanath), Smt. Mayawati and others for statements which were similar in tone, tenor, meaning, purport and intention to Shri Modi and Shri Amit Shah’s statements mentioned herein.”

“The Respondent-ECI failed to appreciate that the hate speeches delivered by the Prime Minister, Mr Narendra Modi, and Mr Amit Shah are ‘corrupt practices’ under Section 123A of the Representation of People Act, 1951, which ex-facie promote feelings of enmity and hatred between different classes of the citizens of India on grounds of religion…. Further, it is also imperative to note that the said speeches are also punishable under Section 153A of the Indian Penal Code, 1860, as they blatantly promote disharmony and feelings of enmity on the grounds of religion and such acts are also likely to prejudice the maintenance of public harmony and tranquillity between religious communities,” the affidavit said.

The party said the poll panel has dismissed all the four complaints without reason and that there were “dissent” notes within the poll panel in the first three cases.

“It may further be noted that the dissent reported and given by one of the Election Commissioners is not provided along with the order. This demonstrates a complete lack of transparency and arbitrariness of the Respondent’s decision-making process on complaints against Shri. Modi and Shri. Amit Shah,” the affidavit said.

The party has also taken exception to the manner in which Modi had attacked Rajiv and said the poll panel was yet to act on a complaint it had lodged on May 6.

The affidavit placed on record the reported Hindi speech and a copy of its English translation.

Election Commission yet to act on ‘54%’ petitions