This is an actionable claim since it directly violates your own directives. We hope you will take swift action against the offenders, reads the party memorandum 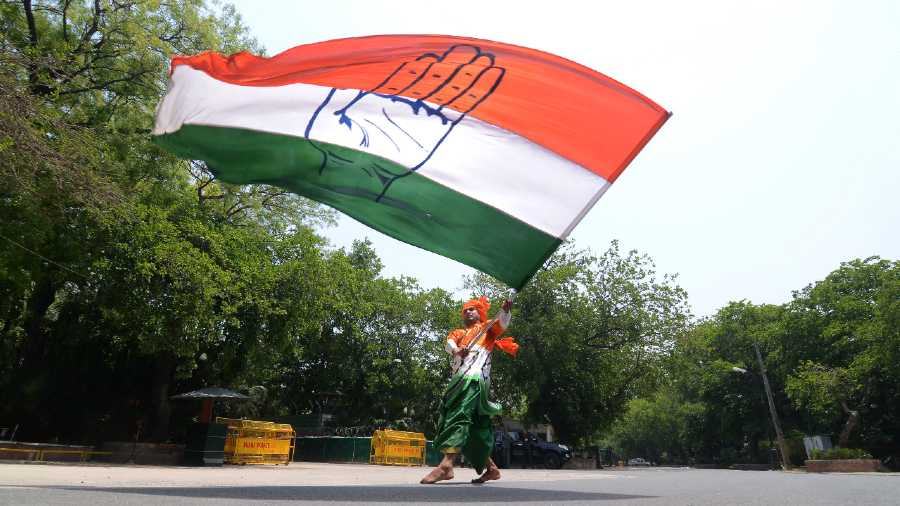 A delegation of Congress leaders on Friday met the Election Commission and complained against Prime Minister Narendra Modi for the alleged misuse of children in election campaign in Gujarat after he shared a video of a child campaigning for the BJP.

The delegation demanded that those responsible for the act should be brought to book as the issue was serious.

The Congress alleged that the prime minister shared a video of a girl child campaigning for the BJP and the same was shared by several union ministers, which is in violation of law.

"We are apprising you of the actions of the Bharatiya Janata Party (BJP) and Narendra Modi ji, which are not only illegal, but also in clear violation of your Commission as well as the National Commission for Protection of Child Rights (NCPCR).

"We hope, in the present case, you shall take the strictest and immediate action against the offenders in question who are egregiously, and without a shred of doubt, used a minor child for express campaign purposes. This is an actionable claim since it directly violates your own directives. We hope you will take swift action against the offenders," the party memorandum to the Election Commission (EC) said.

Patil told reporters that on one hand, everyone wants that girl children should move forward and be educated, on the other hand, the prime minister is using them for poll campaign.

"This is the time for children to play and get educated, but it is unfortunate that small girls are being used for election campaign. We all strongly oppose this act of the prime minister and demand that the Election Commission take action in the matter. We hope the National Commission for Child Rights Protection also take action in the matter, as children have their rights and cannot be used for electioneering like this," she said.

Khurshid said, "We are very deeply concerned about children being exploited and used for election campaigns in Gujarat. We have produced videos that lots of people have seen; it has been widely made viral."

The Election Commission has very clearly observed several times that children must not be used in campaigns and yet this is happening, he said.

"The EC promised us that they will examine it very closely, scrutinize it and they will take appropriate actions. We are sincerely hoping that this will happen not only to make people accountable for what they have done, but also to ensure that this will not be repeated in future and the lives of our children is secured," the senior Congress leader said.