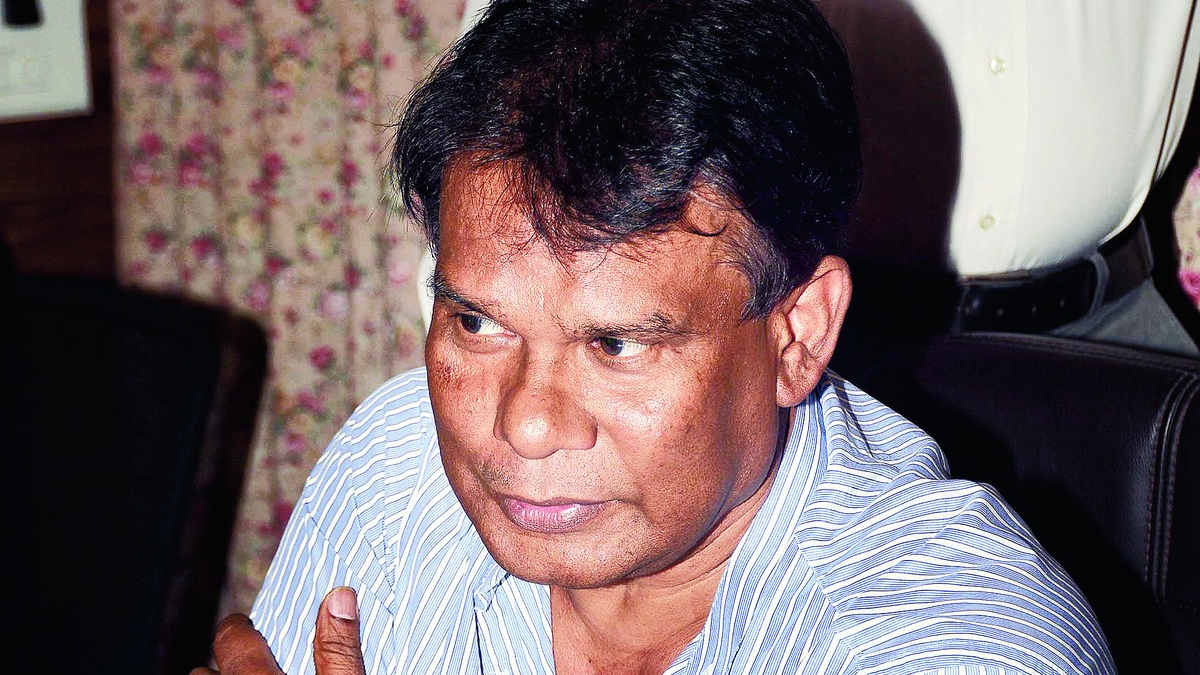 The Delhi High Court Tuesday suspended the three-year jail term of former Union minister Dilip Ray in a coal scam case pertaining to irregularities in the allocation of a Jharkhand block in 1999.

According to a lawyer associated with the case, Justice Suresh Kumar Kait also issued notice to the CBI and sought its response on the appeal filed by Ray, challenging his conviction and sentence in the case.

The high court, which heard the matter during the vacation, admitted the appeal and listed the matter for further hearing on November 25, the lawyer said.

The trial court had on Monday sentenced Ray, the 68-year old former minister of state (coal) in the Atal Bihari Vajpayee government, to three-year in jail and also imposed a fine of Rs 10 lakh on him.

Besides him, the trial court has also awarded three-year jail term each to two senior officials of the ministry at that time -- Pradip Kumar Banerjee and Nitya Nand Gautam, both about 80-year-old. It has also awarded the same jail term to Castron Technologies Ltd (CTL) director Mahendra Kumar Agarwalla (75).

The trial court had however granted bail to the convict persons for one month to enable them to approach the high court challenging the verdict.

It had imposed a fine of Rs 2 lakh each on Banerjee and Gautam, while Agarwalla was asked to pay a fine of Rs 60 lakh.

It had also imposed a fine of Rs 60 lakh and Rs 10 lakh on CTL and Castron Mining Ltd (CML) respectively. The two firms were also held guilty in the case.

The convicts had urged the trial court to take a lenient view considering their old age and that they were never convicted earlier.

The CBI, represented by public prosecutors V K Sharma and A P Singh in the trial court, however, had sought maximum punishment for the convicts.

The trial court had convicted Ray for the offences of criminal conspiracy, criminal breach of trust by public servant and cheating under the IPC and under the provision of the Prevention of Corruption Act.

Regarding Ray, it had said that he dishonestly facilitated allocation of the abandoned non-nationalised coal mining area in favour of CTL and that too in violation of the direction of law.

The case pertains to allocation of Brahmadiha coal block in Giridih in Jharkhand to CTL in 1999.

In response to the convicts' argument that no loss was caused to anyone in the matter since almost the entire amount of extracted coal was surrendered to the government, the trial court had said, that non-availability of sufficient raw material such as coal has in fact resulted in the lack of infrastructural/ industrial development of the country.

Had coal block been allocated to a deserving applicant company after following the due process of law and the company would have proceeded to extract coal so as to use it captively in its end use project then it would have certainly added to the infrastructural/ industrial development of the country.

...arbitrary allocation of coal blocks as has been seen in the present matter to unscrupulous persons who never intended to establish any end use project in itself has caused huge loss to the nation which is difficult to be computable in monetary terms, the court had said.

It had said the case involved commission of white collar crimes and that too by people occupying high places in the society.