In the Lok Sabha bulletin for legislative business of the upcoming monsoon session, one bill stands out because it is the only one about which no details have been furnished. 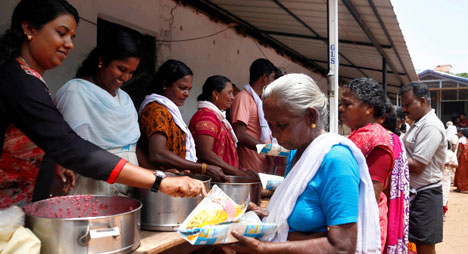 New Delhi: In the Lok Sabha bulletin for legislative business of the upcoming monsoon session, one bill stands out because it is the only one about which no details have been furnished.

The bill seeks to amend the Right to Information Act of 2005, and the ironical opaqueness has alarmed transparency advocates who have mounted a pushback.

As many as 18 bills are listed for introduction, consideration and passage in the monsoon session, scheduled to begin on July 18.

For 17 bills listed under the "E" category of new bills, some detail or the other of the "purport" has been provided or there have been consultations with the stakeholders as in the case of the changes in the GST law.

This has upset not just transparency activists but also users of the RTI route as repeated efforts to get details of the amendments from the ministry of personnel, public grievances and pensions have been stonewalled.

Officials refused to part with information on the nature of the proposed changes, although the government's pre-legislative consultation policy, adopted in 2014, mandates that all draft legislation (including subordinate legislation) be placed in the public domain for 30 days for comments.

Also, a summary of comments has to be made available on the website of the ministry concerned before the bill is sent to the cabinet for approval.

Shailesh Gandhi, a former central information commissioner, questioned the move to amend the Act. "We have one of the best RTI Acts in the world. NOBODY should bring any changes in it. WE need better implementation. Focus on that," he tweeted amid fears that the government was trying to dilute the law.

The National Campaign for Peoples' Right to Information has decided to mobilise opinion against the bill in collaboration with groups like the National Alliance of Peoples Movements, Anti-Corruption Team, National Right to Food Campaign, the National Federation of Indian Women and state-level RTI campaigns.

All parties and the Union minister of state for personnel, public grievances and pensions have been invited to a Jan Manch in the capital on Wednesday -- the first day of the monsoon session -- to clearly state their position on the RTI law and the anti-corruption legislative architecture.

An online petition to the Prime Minister, launched on Saturday, had drawn over 15,000 signatures in 24 hours. In the petition, RTI activists said: "You had promised the people of India a Bhrashtachar-mukt Bharat (corruption-free India). One of the most powerful ways to fight corruption in a democracy is to empower people with the right to information. It is therefore shocking and concerning that your government is proposing to bring regressive amendments to the RTI Act in a surreptitious manner."

The petition also flagged the fact that the government was yet to operationalise the Whistleblowers Protection Act, passed more than four years ago.

"We, as citizens of India, empowered by the RTI Act, demand that it not be amended. With the increasing number of attacks on RTI users, the government should focus its efforts on better proactive disclosure of information and offer protection to people who show truth to power by exposing corruption and wrongdoing," it said.

Nikhil Dey, who has been with the RTI movement since its early days, described the bill as a new #ModiMadeDisaster looming ahead.

"No #Lokpal no #Whistleblowers protection. #cronyism through #SECRET #electoralbonds and now, secret amendments to the #RTI. #SaveRTI and #SaveDemocracy," he tweeted.