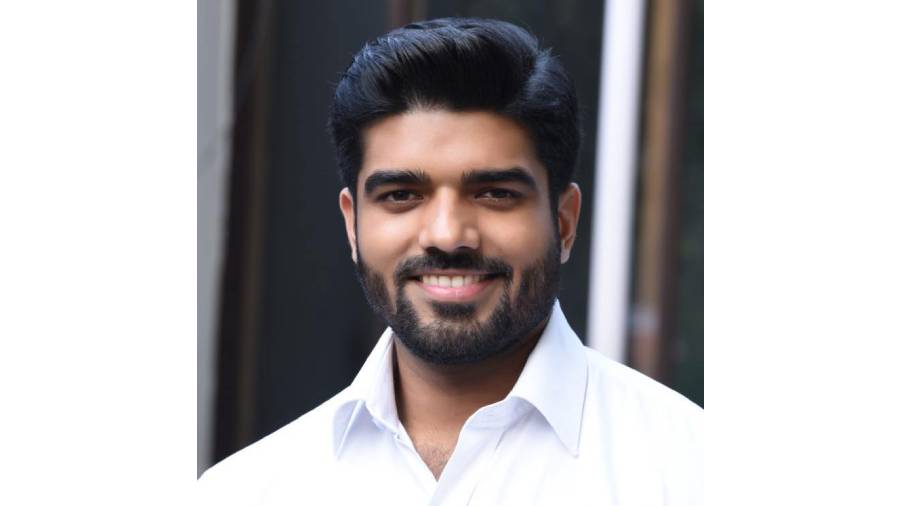 Lok Janshakti Party MP Prince Raj has been booked on rape charges by the Delhi Police while the lawmaker moved a court here on Tuesday for anticipatory bail alleging that he had been blackmailed by the complainant.

The police said a complaint was filed three months ago by the alleged victim, who is a party worker, and the case was registered on the directions of a court under sections related to rape, criminal conspiracy and destruction of evidence.

LJP spokesperson Shravan Kumar defended Prince Raj, claiming that the allegations against him are a "political conspiracy" to malign him, and suggested it could be a case of "honey trapping".

He said the Member of Parliament from Samastipur in Bihar had lodged a complaint of "extortion and blackmailing" with Delhi Police on February 10 against the woman who has accused him of rape.

Prince had in June tweeted denying all the allegations levelled by her.

The alleged rape took place in 2020, according to the woman complainant.

The court's direction came on September 9 and a case has been registered (against Prince Raj) under relevant sections at the Connaught Place Police Station," a police officer said.

Police said that an investigation is underway and nobody has been questioned in this regard yet.

On Tuesday, Prince filed an anticipatory bail application which is likely to come up for hearing before Special Judge M K Nagpal on Thursday.

The application, moved by advocate Nitesh Rana, claims that the alleged victim and her male friend were extorting money and blackmailing Prince and a case had already been filed in that regard earlier, in which the woman and her associate were granted anticipatory bail.

Prince Raj is the cousin of LJP leader Chirag Paswan who, according to police, was also mentioned named in the FIR. The victim alleged that Chirag pressured her not to file the complaint against Prince, the police said.

Chirag Paswan had earlier said that he had spoken to his cousin and the complainant when the matter was brought before him. He had asked both of them to pursue the matter with police, he had said.

Chirag Paswan and Prince Raj are estranged now with the latter joining the party faction headed by their uncle and Union Minister Pashupati Kumar Paras.

Advocate Sudesh Kumari Jethwa, who is representing the woman, said, A complaint was filed at Connaught Place Police Station by the victim in May this year. When no action was taken, we moved an application before Rouse Avenue court in July.

The court then directed the police to lodge an FIR and carry out the investigation in a fair and unbiased manner.

In her complaint, the victim claimed that she met Prince first at the party office. They later met on many occasions and at one such meeting, the accused allegedly gave her something to drink. When she became unconscious, he made physical relations with her, the police said.

When she confronted him later, he showed her a video recorded by him in which he was seen making physical relations with her. She also alleged that he proposed to marry her and threatened her that he would put the video on the internet, they said.

She also alleged that Prince then started visiting her at odd hours.

Without naming anyone, LJP's Shravan Kumar alleged that it was a political conspiracy and said the police should swiftly probe the case lodged by Prince. "We have absolute faith in the judiciary," he added.

In his police complaint filed in February, Prince had alleged that the woman developed a physical relationship with him after taking him into confidence. The act was also videographed by her with the help of a man with whom she was in live-in-relationship, according to police officials.

Prince further alleged the woman and the man also demanded Rs 1 crore from him but he gave them Rs two lakh. Later on the advice of his legal team, he approached the police, the officer said.

On June 17, Prince had tweeted, "It has come to my knowledge that a certain woman has been making defamatory statements against me before various media houses claiming harassment and abuse.

"I categorically deny any such claim or assertion that has been made against me. All such claims are blatantly false, fabricated, and are part of a larger criminal conspiracy to pressure me professionally and personally by threatening my reputation." he said in the post.

Such attempts have also been made previously by the same woman along with her fianc . Back in February 2021, I had filed a police complaint against the woman and her fianc . On basis of my complaint, FIR was also registered at the Parliament Street Police Station, New Delhi.

I am extremely saddened by these repeated and malevolent attempts to misuse the well-intended laws for the protection of women of our country. I have full faith in the judicial system of our country and if required, will take additional legal recourse as and when advised. I am confident that justice and truth will prevail, he had tweeted.