Chidambaram attends Rajya Sabha after being released from jail

The government cannot suppress my voice in Parliament, he said. 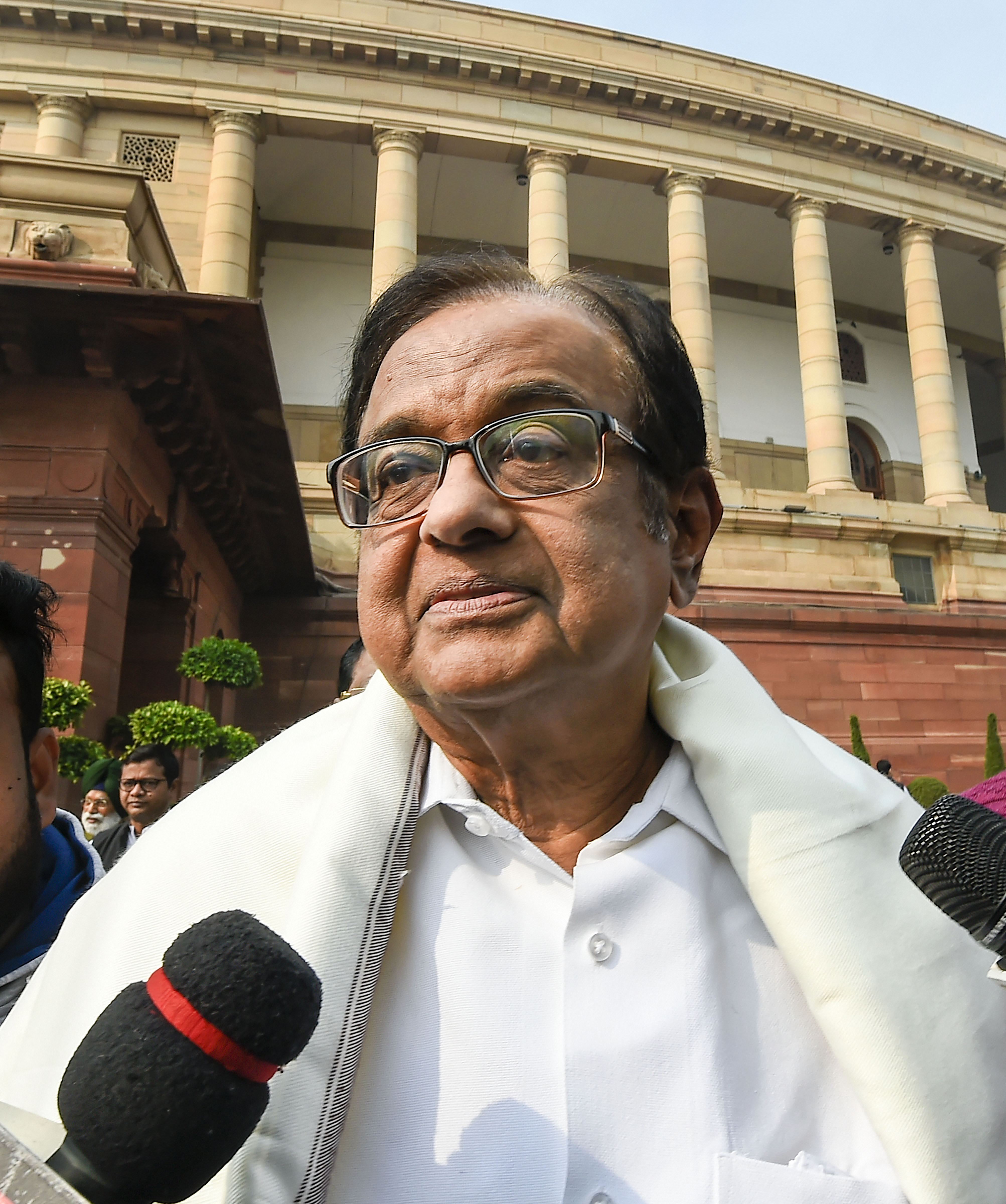 Congress leader P. Chidambaram, who has been released from Tihar Jail on bail after 106 days in custody in the INX Media money-laundering case, was present in the Rajya Sabha on Thursday.

Chidambaram, who walked out of jail on Wednesday night, joined other Congress MPs voicing their protest against the steep hike in onion prices and said he was happy to be back.

'The government cannot suppress my voice in Parliament,' the Rajya Sabha MP told reporters in Parliament complex before the proceedings of the Upper House.

When the former Union finance minister entered the Upper House to attend the proceedings, he was greeted by party colleagues Ghulam Nabi Azad and Anand Sharma, while Trinamool Congress leader Derek O'Brien acknowledged him him by saying: 'Welcome back sir'.

Chidambaram returned the greetings and sat on his regular seat in the second row of the Opposition bench beside Sharma. He asked for business scheduled from the staff and went through it carefully till papers were laid in the House.

The Congress leader was seen listening to the proceedings attentively till the House was adjourned till noon as the chair disallowed members to raise issues that were not listed for Zero Hour.

The Supreme Court granted him bail in the INX Media case, saying the claims by the Enforcement Directorate that he could tamper with evidence cannot be accepted on face value as he was neither in political power nor holds any post in the government.

The apex court has restrained the 74-year-old leader from either giving media interviews or any public comment in connection with the case regarding him or other co-accused.