All four reservoirs that supply Chennai have run dry this summer, largely because of poor monsoon rains last year 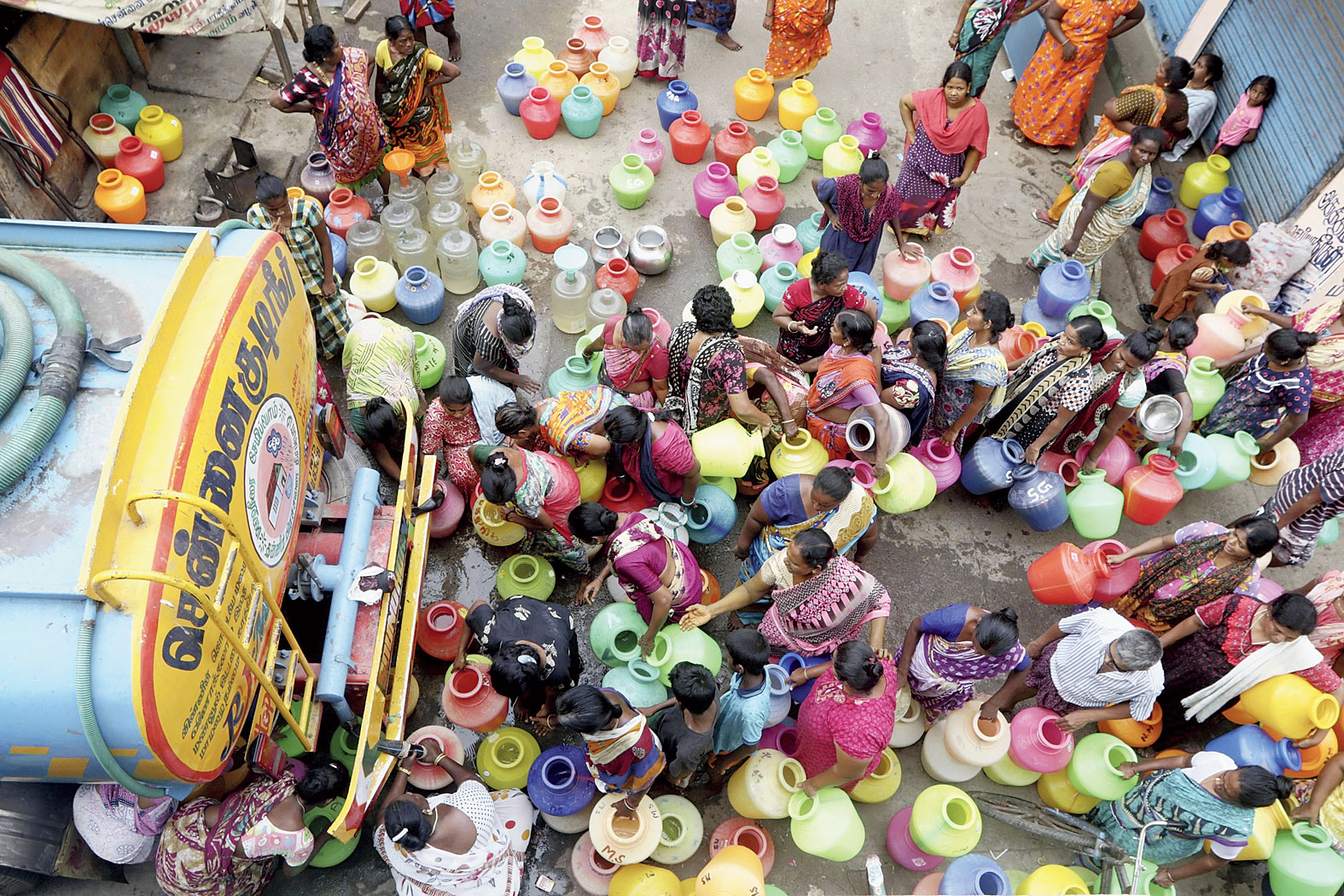 Hotels in Chennai are rationing water for guests amid searing heat while companies limit showers as the city of 4.6 million faces its worst shortage in years.

All four reservoirs that supply Chennai have run dry this summer, largely because of poor monsoon rains last year.

Chennai is one of 21 cities that a government think-tank warned last year could run out of ground water by 2020. This year’s monsoon is delayed, further compounding problems across a swath of western and central India.

Employees in Chennai-based companies such as Fiat Chrysler TCS, Wipro and Cognizant said they had been asked to cut back on water use in canteens and restrooms.

CTS, which employs thousands in the city, said it had cut down on water at its canteen and gym. “We have also switched to biodegradable plates in all our cafeterias, temporarily closed shower facilities in our gyms, and minimised the washing of utensils in our campuses by our cafeteria vendors,” CTS said.

Water storage levels in the city’s four major reservoirs were one-hundredth of what they were this time last year — and at a mere 0.2 per cent of capacity, according to Tamil Nadu government data.

Chennai is entirely dependent on the northeast monsoon, which begins in October. The last three months of 2018 received lower than average rainfall, with the deficit rising to as much as 80 per cent in December.

Ananda, a small hotel, had a notice at its entrance warning of a water shortage. “All the hotels run the risk of shutting down because there’s hardly enough water,” said P. Chandrasekhar, a supervisor at the hotel.

State authorities said they had stepped up water supplies to the city each year. “In 2017, we were supplying 450 million litres of water. Now we are supplying 525 million litres per day,” S.P. Velumani, the minister for municipal administration, said.

Residents could be seen crowded around water tankers in temperatures of over 40°C, holding buckets as media reported scuffles.