The committee is scheduled to hold its first meeting on Friday 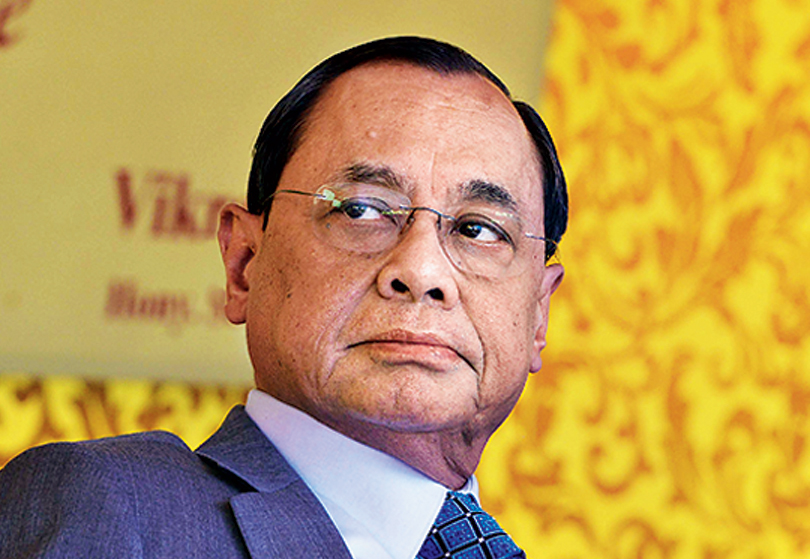 A full court meeting of the Supreme Court on Tuesday constituted a committee of three judges to examine the sexual harassment allegations against Chief Justice of India Ranjan Gogoi.

The three judges are Justices S.A. Bobde, N.V. Ramana and Indira Banerjee. Justices Bobde and Ramana are both future Chief Justices of India.

The committee is scheduled to hold its first meeting on Friday. The accuser, a former employee of the top court, has been issued notice to be present. The secretary-general of the Supreme Court has been asked to attend the meeting with all records.

Although no formal announcement was made on Tuesday, sources told The Telegraph the committee had the approval of all the 27 judges in the Supreme Court.

The three-judge committee, which will hold the inquiry in-camera, is expected to examine the Chief Justice and the complainant woman. If needed, the committee can seek depositions from others.

The decision to constitute the committee was taken in the morning after the five collegium members — Chief Justice Gogoi and Justices Bobde, Ramana, Arun Mishra and R.F. Nariman — reportedly held confabulations. The views of Justices U.U. Lalit, D.Y. Chandrachud and Sanjiv Khanna are also stated to have been obtained informally.

Thereafter, the file dealing with the formation of the three-judge committee was circulated among all the 27 judges for their signatures, sources said.

As a prelude to the decision, the first five courts, including that of the Chief Justice, assembled only after noon, unlike the usual time at 10.30am.

At present, there is no specific rule or law to deal with complaints of sexual harassment against judges of the Supreme Court or high courts. But the decision of a full court will have a binding effect.

A three-judge bench of Justices Mishra, Nariman and Deepak Gupta on Tuesday issued a notice to advocate Utsav Bains, who on Monday had filed a sworn affidavit claiming that a conspiracy had been hatched against the Chief Justice.

Bains blamed an airline founder, gangster Dawood Ibrahim and an alleged fixer and had claimed that he was offered up to Rs 1.5 crore by one Ajay to level the allegations against Justice Gogoi.

The bench asked Bains to appear in the court on Wednesday and produce materials in support of his claims. The court directed Delhi police to provide protection to Bains as he apprehended a threat to his life from the alleged conspirators.