Nirmala Sitharaman, who was the chief guest at an event at the airport, thanked PM Modi for deciding to rename the airport after the iconic freedom fighter 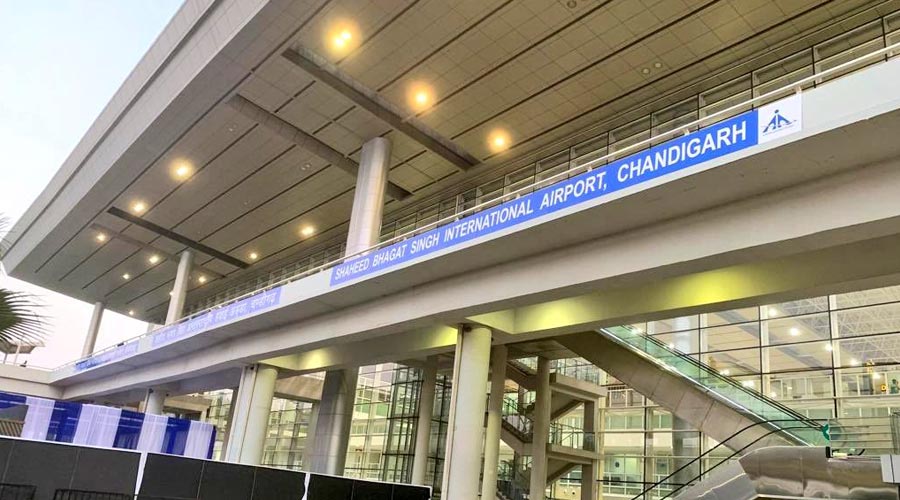 Union Finance Minister Nirmala Sitharaman, who was the chief guest at an event at the airport, thanked Prime Minister Narendra Modi for deciding to rename the airport after the iconic freedom fighter.

During his 'Mann Ki Baat' radio broadcast on Sunday, PM Modi had announced that the airport would be renamed after Bhagat Singh as a tribute to the freedom fighter.

The 115th birth anniversary of the freedom fighter is being celebrated on Wednesday.

Speaking on the occasion, Union Finance Minister Sitharaman said she felt honoured to be present at the event.

"Through this small gesture, we are remembering the immense sacrifice the young people like Shaheed Bhagat Singh made during the freedom struggle.

"We are fortunate that we are able to dedicate ourselves in at least remembering the great sacrifice," she added.

She also thanked Prime Minister Narendra Modi for deciding to rename the airport.

Sitharaman added that she was grateful that the Punjab and Haryana governments overcame their differences to come together over the name change.

She also spoke about Atmanirbhar Bharat (self-reliant India) and the target to turn the country into a developed nation by 2047, on the 100th year of Independence.

She added that India was at 11th in terms of economic strength 10 years ago.

But now, it has climbed to fifth spot within 10 years, overtaking the United Kingdom, she added.

It was a long-pending demand to rename the airport after Bhagat Singh, he said.

Referring to his recent meeting with Haryana Deputy Chief Minister Dushyant Chautala over the issue, Mann said a letter was sent to the Civil Aviation Ministry to rename the airport.

It was demanded that the announcement be made before the freedom fighter's birth anniversary on September 28, said Mann.

Bhagat Singh is remembered not only for his heroism but philosophy of socialism and fight against injustice, Mann said, adding that the life and philosophy of the young martyr would always inspire the young generations to serve India with patriotic zeal.

On the occasion, Mann urged the Centre to start more international flights from the airport to facilitate the Punjabi diaspora across the globe.

Besides people from Punjab, these flights will also benefit passengers from Haryana, Himachal Pradesh, Uttarakhand, Jammu and Kashmir and other states, he said.

A row had erupted over the issue of renaming the airport earlier.

The Punjab government in 2017 had demanded that the airport be named "Shaheed-e-Azam Sardar Shaheed Bhagat Singh International Airport, Mohali".

The Haryana government did not object to the use of Bhagat Singh's name but raised concerns about the use of Mohali.