Chandigarh airport to be renamed after Bhagat Singh

Decision taken in a meeting between the two governments 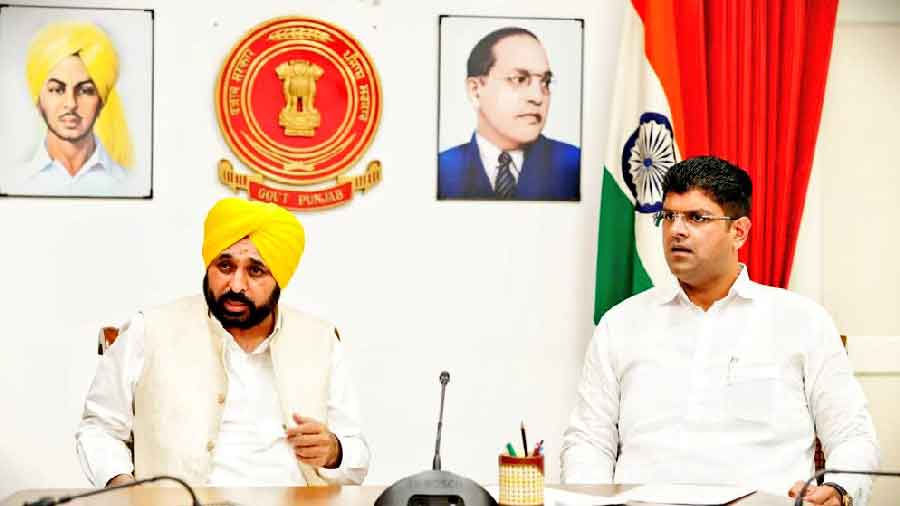 In a tweet, CM Mann said, "Punjab and Haryana have agreed to name Chandigarh International airport after Shaheed Bhagat Singhji. Today, had a meeting with Haryana Deputy Chief Minister Dushyant Chautala on this issue." Chautala and Mann agreed to name it 'Shaheed Bhagat Singh International Airport', said an official statement of the Haryana government.

Chautala said Shaheed Bhagat Singh is one such martyr who inspired the youth of every generation.

He said the collective contribution of both states and the Chandigarh Administration is involved in the construction and modernisation of the airport.

The Haryana deputy CM said since Haryana had an equal share in its construction, the name of the city Panchkula should also be added to its name.

Chautala said he has sent a recommendation on behalf of the Haryana government to the Punjab government.

He added the same request will be sent to the central government in this regard.

Chautala said in future, Chandigarh airport will be a major airport of North India.

The naming of the Chandigarh international airport was earlier drawn into a controversy.

The Punjab government in 2017 had demanded that the airport should be named as "Shaheed-e-Azam Sardar Shaheed Bhagat Singh International Airport, Mohali".

The Haryana government had no objection over the use of Bhagat Singh's name but it had raised its concerns about the use of 'Mohali' in the airport's name.

The airport's terminal building falls in Punjab's Mohali town. The Rs 485-crore airport project is a joint venture of the Airports Authority of India (AAI) and the governments of Punjab and Haryana.