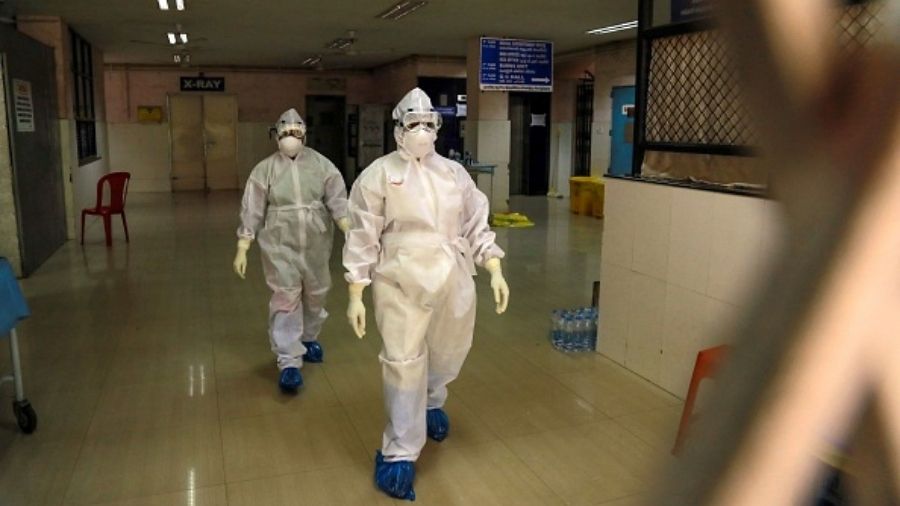 A 12-year-old boy died due to Nipah virus infection at a hospital here while two others have been identified with symptoms of the infection, Kerala Health Minister Veena George said on Sunday.

The samples of the boy, which were sent to the Pune National Institute of Virology, confirmed the presence of Nipah virus.

The Central Government has rushed a team of the National Centre for Disease Control to the state. The team, which was scheduled to reach on Sunday, will provide technical support to the state.

The two are among the 20 high risk contacts of the deceased 12-year-old child.

"We have identified 188 contacts till now. The surveillance team have marked 20 of them as high risk contacts. Two of these high risk contacts have symptoms. Both are health workers. One works with a private hospital, while the other is a staff member of Kozhikode Medical College hospital," she told reporters after chairing a high-level meeting to take stock of the situation.

She said all the 20 high risk contacts will be shifted to the Kozhikode Medical College by evening, while other contacts of the child have been asked to remain in isolation. The pay ward at the Medical College Hospital has been completely converted into a dedicated Nipah ward, she said.

Nipah virus is spread by saliva of the fruit bats.

Giving details of the boy, the minister told reporters, "Unfortunately, he passed away at 5 in the morning. The condition of the child was critical on Saturday night. We formed various teams and have started the tracing. Steps have been taken to isolate those who were the primary contacts of the boy".

The minister said the infection was confirmed by the Pune NIV on Saturday night.

"Three samples-- plasma, CSF and serum-- were found infected. He was admitted to the hospital with a heavy fever four days ago. But on Saturday, his condition became worse. We had sent his samples for testing the day before yesterday," the minister said.

George said there was nothing to worry about. "The health department is closely following up the situation. Special officers have been posted and special teams were formed. The patient was first taken to a private hospital, then to the medical college and from there again shifted to a private hospital. So we have traced all his contacts. The friends he played with in his locality, his cousins and others, the health department had completed the identification and tracing of all these contacts," George said.

The minister also asked the neighbouring Kannur and Malappuram districts to remain cautious.

Hospital sources said the boy will be cremated today itself following the health protocol. Police have cordoned off an area of three km radius around the house of the boy.

In the wake of the virus resurfacing in Kerala, the Centre has advised some immediate public health measures which include active case search in the family, village and areas with similar topography especially in Malappuram. The measures also include active contact tracing for any contacts in the past 12 days, strict quarantine of the contacts and isolation of any suspects and collection and transportation of samples for lab testing, the ministry said.

The first Nipah virus disease outbreak in South India was reported from Kozhikode district of Kerala on May 19, 2018.