No deaths due to manual scavenging reported, says Centre

Government denying the fundamental right of dignity to these people and is not even counting the deaths, say activists 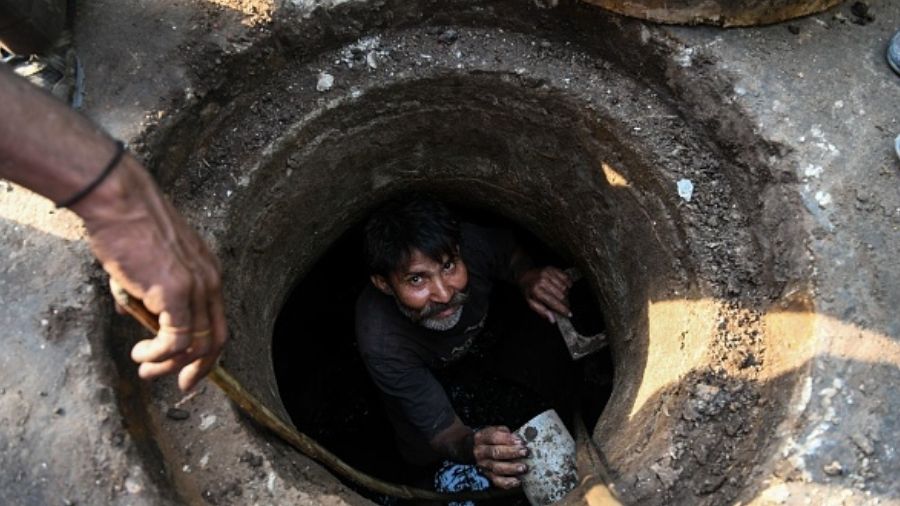 Manual scavenging is banned under the Prohibition of Employment as Manual Scavengers and their Rehabilitation Act, 2013.
Getty Images
Our Bureau, PTI   |   New Delhi   |   Published 30.07.21, 12:43 PM

No death has been reported due to manual scavenging, the Union Social Justice and Empowerment Ministry has told Parliament, drawing sharp reaction from activists who said that those people were being robbed of dignity even in their deaths.

Manual scavenging is banned under the Prohibition of Employment as Manual Scavengers and their Rehabilitation Act, 2013.

In response to a question in the Rajya Sabha, Union Minister of State for Social Justice and Empowerment Ramdas Athawale has said 66,692 manual scavengers were identified.

The government does not identify deaths due to manual scavenging and instead calls them deaths due to hazardous cleaning of septic tanks and sewers.

During the last session of Parliament, on March 10, Athawale had said, "No deaths due to manual scavenging has been reported. However, there have been reports of death of persons while cleaning sewers or septic tanks."

Activists have described the government's response as a complete lack of apathy.

Bezwada Wilson, the national convener of Safai Karmachari Andolan, an organisation working to eradicate manual scavenging, said the minister had himself admitted that 340 people died while cleaning sewers.

"It is not fair on the part of the government. When we kill these people we must have the courage to say that it is due to some kind of mistake that we are going to prevent. The government is denying the fundamental right of dignity to these people and is not even counting the deaths. It is a modern form of untouchability -- ignoring the life of a Dalit," Wilson added.

Sanjeev Kumar, the secretary of Dalit Adivasi Shakti Adhikar Manch, told PTI that the number of deaths is anyway underreported and the government denying it completely is highly condemnable.

"In Delhi alone, there have been so many such deaths. It is very sad that the government is not acknowledging their deaths. Those who lost their lives are being robbed of dignity even in their deaths," he said.