Flashfloods triggered by heavy rains swept away buildings and cars at tourist spots; bad weather also led to the closure of Dharamshala airport 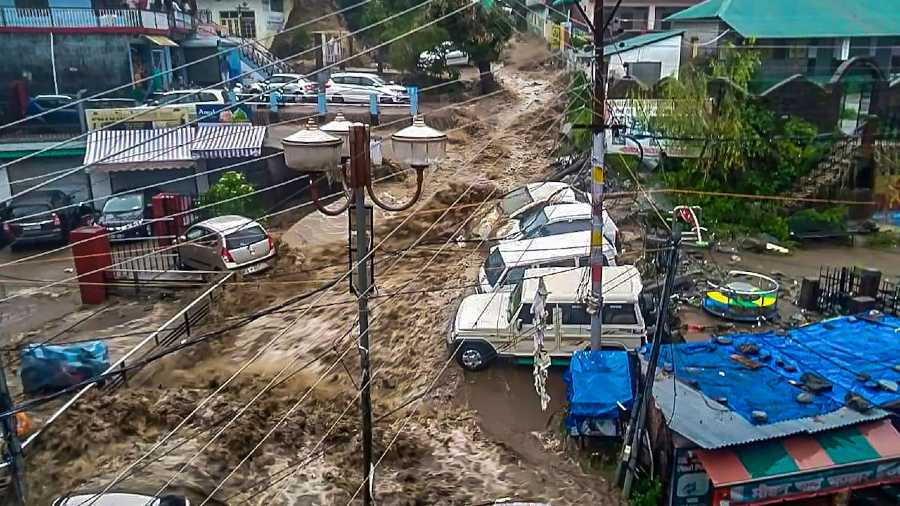 As a cloudburst in Dharamshala triggered a flash flood in Himachal Pradesh Union minister Anurag Thakur Monday announced that the Centre and the Himachal Pradesh government are working together to deal with the ‘fierce’ With the flashflood affecting lives, he urged people not to leave their houses unnecessarily and be careful.

Thakur, who recently took charge of the Information and Broadcasting Ministry as well as of the Sports and Youth Affairs Ministry, hails from Himachal Pradesh.

“The Central and State Governments are working with better coordination to deal with the fierce form of natural calamity in Devbhoomi Himachal. There is an appeal to all the tourists and the general public to take full care, do not leave the houses unnecessarily and do not go towards the water sources,” he tweeted.

Flashfloods triggered by heavy rains swept away buildings and cars at tourist spots in Himachal Pradesh while bad weather also led to the closure of the airport in Dharamshala.

The Dharamshala district administration also instructed tourists to postpone their visit to Dharamsala in view of the heavy rains.

Meanwhile, Prime Minister Narendra Modi said on Monday that the situation caused by heavy rains in Himachal Pradesh is being closely monitored with central authorities working in coordination with the state government.

“The situation in Himachal Pradesh due to heavy rains is being closely monitored. Authorities are working with the State Government. All possible support is being extended. I pray for the safety of those in affected areas,” Modi tweeted.