I fail to understand how the comment on Prime Minister was either relevant, necessary or contextual: Arindam Bagchi 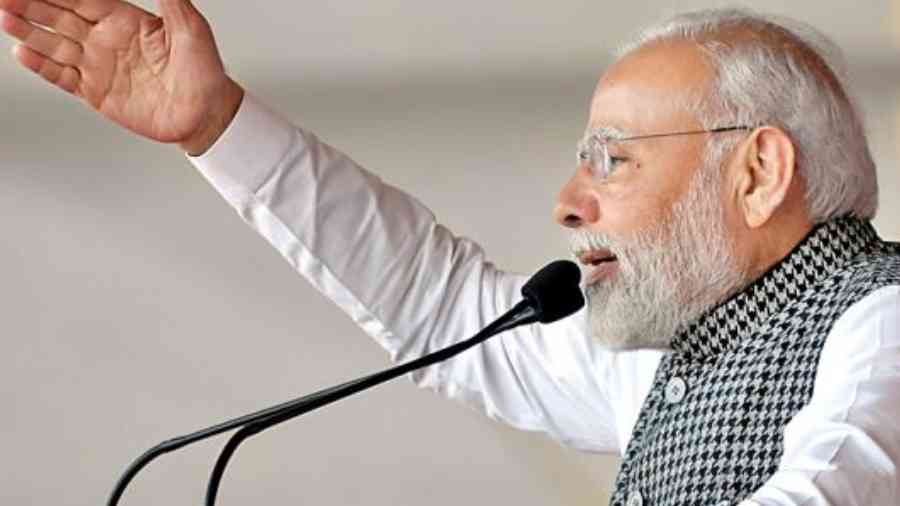 “I fail to understand how the comment on Prime Minister Modi was either relevant, necessary or contextual,” external affairs ministry spokesman Arindam Bagchi said at his weekly briefing. Bagchi underscored that the two countries enjoy a very special relationship.

Khashoggi, a critic of MBS, is said to have been killed by Saudi agents in the Saudi consulate in Istanbul. Up against a barrage of questions on the US department of justice’s decision to grant sovereign immunity to the Saudi leader, state department principal deputy spokesman Vedant Patel had on Friday said: “This is not the first time that the United States has done this. It is a longstanding and consistent line of effort. It has been applied to a number of heads of state previously. Some examples: President Aristide in Haiti in 1993, President Mugabe in Zimbabwe in 2001, Prime Minister Modi in India in 2014, and President Kabila in the DRC in 2018. This is a consistent practice that we have afforded to heads of state, heads of government, and foreign ministers.”

As Gujarat chief minister, Modi had been denied a visa by the George W. Bush administration in 2005.  The ban continued under the Barack Obama dispensation that followed, making it a bipartisan policy in view of the Gujarat riots of 2002. The US had also revoked an earlier visa issued to Modi in his personal capacity. But when the BJP won the 2014 Lok Sabha elections with Modi as its prime ministerial face, President Obama lifted the ban and during the congratulatory call invited him to visit Washington.

India slammed the United States Commission on International Religious Freedom (USCIRF) for bringing out yet another report flagging violations in the country. “We consider these as biased and inaccurate observations about India by USCIRF. They have a tendency to consistently misrepresent facts. This shows a lack of their understanding of India, our constitutional framework, plurality and our robust democratic system. Given its past record, we are not surprised to see that USCIRF continues to be guided by its prejudices and pursues a motivated agenda that calls into question its own credibility,” Bagchi said.

Earlier this week, the USCIRF had come out with a country update for India. “This country update provides a broad overview of religious freedom conditions in India in 2021 and 2022. It examines how various policies adopted and implemented by the Indian government have cultivated an environment that is increasingly hostile toward religious minority communities. This trajectory, alongside an escalating government crackdown on civil society and dissent, is deeply alarming in a diverse, secular, and democratic country whose constitution is intended to protect religious freedom,” it said, listing a number of cases to back its assessment.

The USCIRF is an independent, bipartisan, US federal government commission created by the 1998 International Religious Freedom Act that monitors the universal right to freedom of religion or belief abroad.  Successive governments, including those of the Congress-led UPA, have dismissed USCIRF reports that pointed out violations. For the past three years, the commission has recommended to the US state department that it place India on the list of “Countries of Particular Concern”.