Advertisement
Home / India / Congress 27 years in cold in Gujarat, yet Modi's Target No 1

Congress 27 years in cold in Gujarat, yet Modi's Target No 1

PM addressed four rallies on Wednesday and devoted a lot of time on whipping the Congress, which has been out of power in Gujarat for close to three decades 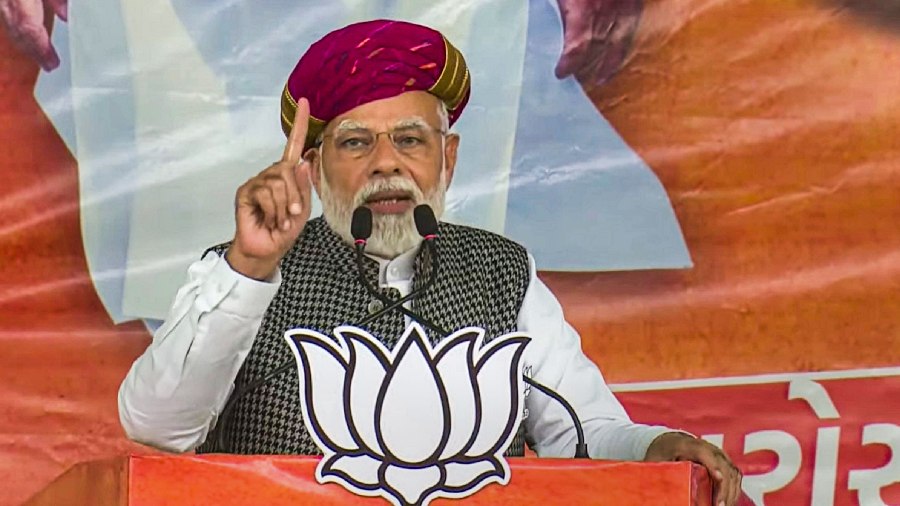 Prime Minister Narendra Modi on Wednesday told an election rally in Gujarat that he had to work hard to take the country ahead because the “Congress model” had destroyed not only Gujarat but India too, tilting at windmills even after 27 years of uninterrupted BJP rule in his home-state.

Modi also sought to hit back at Rahul Gandhi over the “Adivasi-vs-Vanvasi” issue, accusing the Congress of opposing the elevation of a tribal woman (Droupadi Murmu) as President and in the process drawing attention to his commitment to the tribal community.

“The Congress model means corruption, nepotism, dynastic politics, sectarianism and casteism. They are known for creating rifts among people to remain in power,” the Prime Minister told an election rally in his home district Mehsana.

“The Congress model has not only destroyed Gujarat but India too. That is the reason we have to work hard today to take the country ahead,” he added.

Modi addressed four rallies on Wednesday and devoted a lot of time on whipping the Congress, which has been out of power in Gujarat for close to three decades.

Moreover, this election the Congress’s position as the principal challenger to the BJP is being challenged by the entry of the Aam Aadmi Party, which Modi has chosen to ignore so far.

The Congress tactically has been running a silent campaign in the state focused on livelihood issues and governance failures but Modi appears keen to provoke the Opposition party. One indiscreet remark by a local leader earlier this week gave Modi an opportunity to play victim.

At the second rally of the day in the tribal region of Dahod, the Prime Minster sought to take on Rahul Gandhi, without naming him, over the Congress leader’s recent comments about the BJP’s outlook towards tribals.

Rahul, addressing an election rally in the tribal region of Gujarat on Monday, had said that the RSS-BJP referred to tribals as “Vanvasi” (forest dwellers), seeking not to recognise them as “first owners of Hindustan”.

At the Dahod rally, Modi accused the Congress of ignoring tribals and said that after 75 years of Independence it was the BJP that had for the first time nominated a tribal to the President’s post.

He attacked the Congress for putting up a candidate against Murmu.

“Couldn’t the Congress leave politics aside and extend support to a tribal woman?” Modi asked.

“Not only did they field a candidate to oppose a tribal woman, they also made all efforts to defeat her,” he said.

At the rally, however, Modi used “Adivasis” to refer to tribals and not “Vanvasi”, as the RSS chooses to call them.

Modi’s “tribal woman President” pitch is a calculated move as despite the domination of the BJP in Gujarat, the Congress continues to hold sway over the tribal seats. Led by Modi, the BJP has launched a determined effort to edge past the Congress in the tribal areas.

The AAP, too, is working hard in the tribal areas and a vote split could help the BJP. Striving to establish emotional connect, Modi recalled his visits to tribal areas of Dahod and how he used to eat “rotlas” (bread) in tribal homes.

Modi went on to claim that the BJP had done a lot for the betterment of tribals. “We have changed the lives of tribal youths.

Medical and engineering colleges have been set up in Dahod and science colleges in villages,” he said, urging the people to vote for the BJP.