SKM: Centre did not fulfil promises despite Narendra Modi's word

Farmer leader Shivkumar Sharma said the govt had made assurances, including MSP for crops, in the wake of the farmers’ protest but failed to deliver 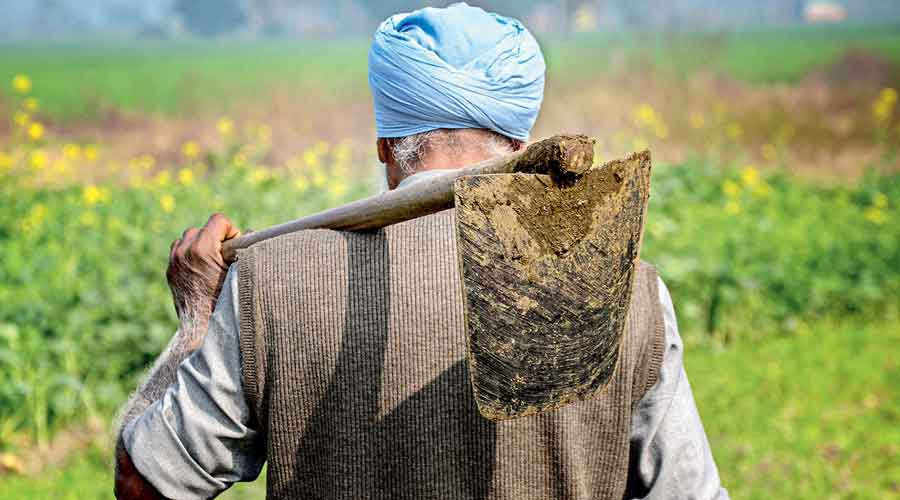 The Samyukta Kisan Morcha (SKM) on Tuesday alleged that the Centre had not fulfilled its promises to farmers despite an announcement by Prime Minister Narendra Modi, and appealed to the people of Uttar Pradesh to “punish the BJP”.

Farmer leader Shivkumar Sharma “Kakkaji” told a news conference here that the government had made several assurances, including minimum support prices (MSP) for crops, in the wake of the farmers’ protest but failed to deliver.

“Among the promises were that all cases lodged against the protesters would be taken back, families of those who died during the agitation would get financial compensation and farmers would be kept out of the ambit of electricity bills,” Sharma, flanked by BKU leader Rakesh Tikait, said.

“We had been assured that the provision for punishment and penalty for stubble burning would be removed. The most important issue was a law to guarantee MSP but no committee has been formed yet for that also,” he said.

Sharma said Modi had on November 19, 2021, announced that a committee would be formed for MSP but that had not happened yet although agriculture minister Narendra Singh Tomar told Parliament the government was seeking permission from the poll panel.