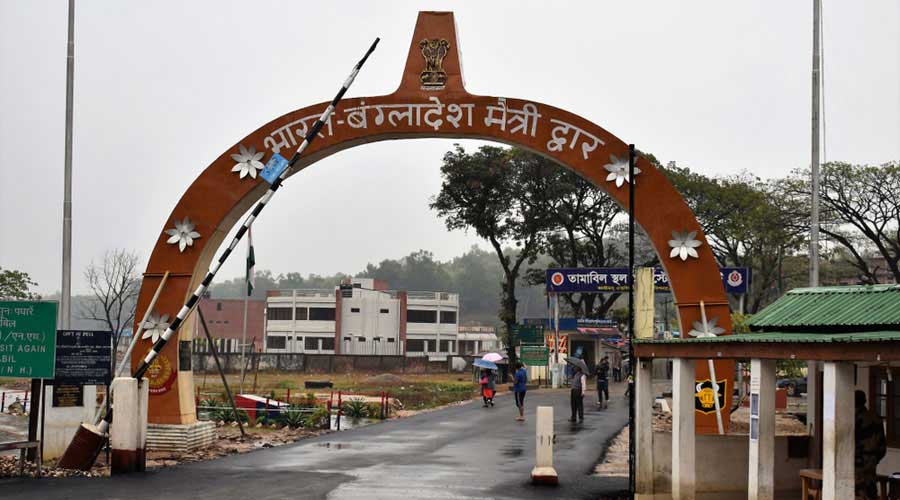 The UAVs are also useful in crackdown on smuggling of fake currency notes, cattle and narcotics, besides human trafficking.
File picture
Our Special Correspondent   |   New Delhi   |   Published 19.07.21, 01:59 AM

The Centre has asked the Border Security Force to deploy more unmanned aerial vehicles (UAVs) along the Bangladesh border to crack down on infiltration and smuggling, sources in the border force said.

The UAVs provide real images of any possible infiltration and smuggling attempt.

The paramilitary force is also working to seal segments of borders with Bangladesh and Pakistan with a smart-technology aided fence to check the increasing incidents of infiltration along the international boundaries with two of India’s neighbouring countries.

“The Centre has asked the force to deploy more UAVs along the Bangladesh frontier. The focus on more aerial surveillance will help our personnel in keeping a close eye on vulnerable zones prone to infiltration,” said a BSF official.

The border guarding force is deployed at the 4,096km-long international border with Bangladesh that runs through Bengal, Assam, Tripura, Meghalaya and Mizoram. The BSF also guards the International Border with Pakistan.

The UAVs are also useful in crackdown on smuggling of fake currency notes, cattle and narcotics, besides human trafficking.

The smart-technology aided fence will work both as a surveillance tool and warning system.

Once it is completed, BSF troops can keep surveillance through a monitor from control rooms. As soon as there is any infiltration attempt, the alarms will go off and would alert the troops immediately.

The border guarding force has identified nearly 2,050km length as vulnerable points on the two borders that are presently without fence including riverine border.

The Centre is also considering the BSF’s proposal for raising additional battalions to fortify Bangladesh and Pakistan frontiers.