Nearly 3.6 lakh candidates scheduled to appear in the exam 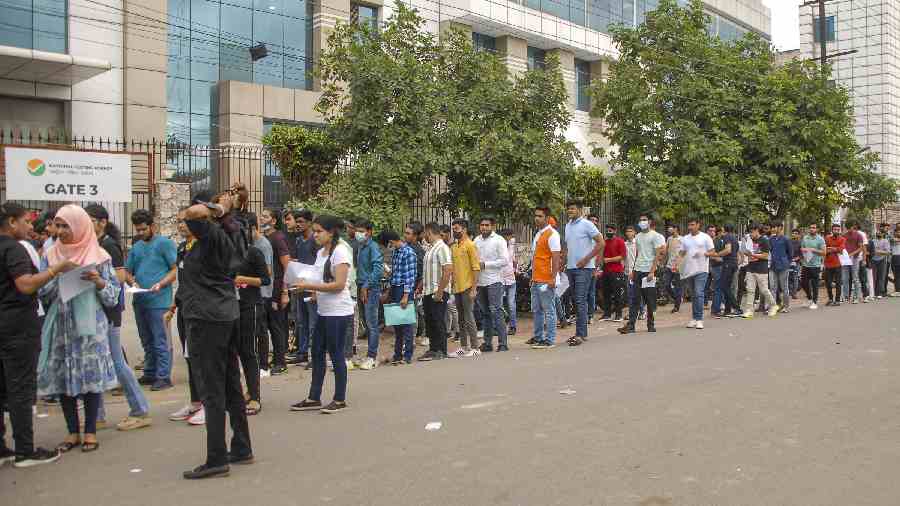 The fourth phase of the Central University Entrance Test (CUET)-UG 2022 began Wednesday with nearly 3.6 lakh candidates scheduled to appear in the exam.

The CUET is the common gateway for undergraduate admissions in all central universities,

The exam for additional 11,000 candidates, who were to appear in the fourth phase from August 17-20, has been postponed to August 30 to accommodate their choice of city for centre, officials said.

"The exam for over 11,000 candidates, out of 3.72 lakh candidates, has been postponed to August 30 to accommodate their choice of city for exam centre. The NTA has increased the capacity at centres and also added more exam centres, besides making efforts to ensure the quality of the centres is enhanced," UGC Chairman Jagadesh Kumar had announced.

The second phase of CUET was marred by glitches prompting the agency to cancel the exam at various centres.

Kumar had said the exam was cancelled at various centres following indications and reports of "sabotage". The exam in second and third phases was also cancelled at centres in Kerala and Itanagar due to rains and landslides.