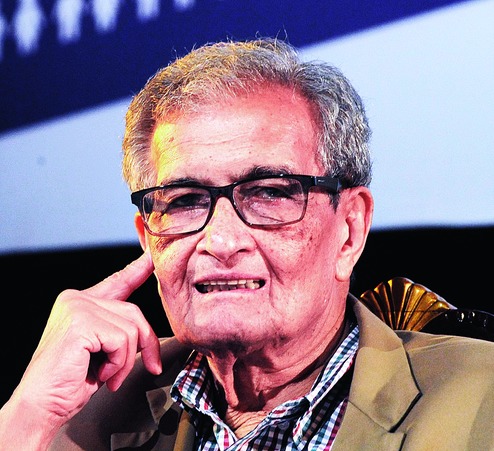 The Argumentative Indian, a documentary on the Nobel laureate by economist Suman Ghosh, can now be screened across India without cuts following a clearance from the Central Board of Film Certification, the filmmaker said on Thursday.

The documentary could not release in July as planned because Ghosh had refused to follow a diktat by the board, then under Pahlaj Nihalani, to beep out certain expressions like "cow" and "Gujarat" spoken by Sen in the film.

On Thursday afternoon, the board's regional review committee in Mumbai watched the 60-minute documentary afresh and conveyed its clearance to a "relieved and pleasantly surprised" Ghosh.

"My meeting with CBFC chairman Prasoon Joshi went off really well. Joshi said he loved the documentary and was completely engrossed. He said he got to learn a lot about Amartya Sen," Ghosh said.

"He did not find anything objectionable and cleared it without any cuts. He overruled everything (objections). My faith in (the board's commitment to) the freedom of expression has been restored, at least (in respect of) my film."

Joshi could not be contacted by this newspaper for comment.

On July 11, after a screening at the board's office in Esplanade, Ghosh was told a UA certificate hinged on his beeping out the expressions "Gujarat", "Hindu India", "cow" and "Hindutva view of India", used in the film in the context of the political climate in the country.

On July 14, Ghosh had put out a 101-second trailer of the documentary on YouTube, a move that Nihalani termed "illegal".