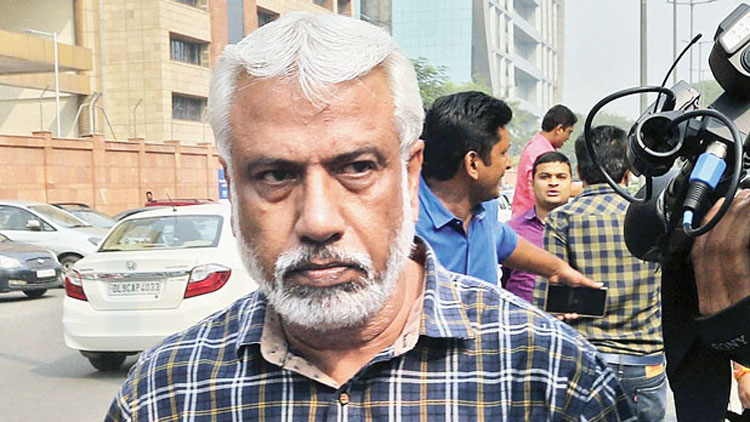 A CBI deputy superintendent of police, who was probing corruption allegations against the agency’s former No. 2 Rakesh Asthana, moved the Supreme Court on Monday saying he had been abruptly transferred back to Port Blair to scuttle the probe against the officer.

DSP Ajay Kumar Bassi said the government intended to get some alleged favourite officers to “give a clean chit to Rakesh Asthana” and urged the court to quash the January 11 transfer order passed by CBI interim director M. Nageshwar Rao.

The “petitioner… is being victimised by the present ‘acting’ director-CBI — Shri M. Nageshwar Rao… who represents certain elements within the CBI, who did not want the petitioner… to conduct a free and fair investigation in the Asthana FIR”, Bassi said in his application filed through advocate Sunil Fernandes.

The application is yet to be listed for hearing.

Bassi was among those transferred in the October 24 post-midnight purge in the CBI when the agency’s then chief Alok Verma and his squabbling deputy, Asthana, were both benched following weeks of acrimonious public allegations of corruption that both had levelled against each other.

On January 8, while quashing the Centre’s decision to divest Verma of all his powers, the top court had permitted Bassi and other officers shifted in the midnight purge to challenge their transfers before the appropriate authorities.

Verma, who was briefly reinstated as CBI chief on January 9, had withdrawn the transfer orders. But the decision was short-lived. Rao, back as interim chief after Verma was moved out on January 10, sent Bassi back to Port Blair again on January 11.

Bassi’s petition said his January 11 transfer was illegal and expressed fears that “the course of (the) investigation will be influenced in such a manner that (the) investigators will soon be arraigned as accused persons”.

“It was Shri M. Nageshwar Rao who had passed the infamous transfer order dated 24.10.2018 of the petitioner herein and it is again the same Shri M. Nageswara Rao at whose behest and direction the instant impugned transfer order has passed, in utter disregard to the judgment of this Hon’ble Court…,” Bassi’s petition said.

“The said impugned transfer order is vitiated by malafides and non-application of mind. It is violative of the directions issued by this Hon’ble Court in its judgment dated 08.01.2019…

Bassi voiced fears that the transfer order was the “first step” towards implicating the petitioner in “false criminal cases/departmental proceedings for discharging his duties in a fair and impartial manner”.

The officer said he was only challenging the transfer order and not seeking any vested right in probing the allegations against Asthana, who has since been appointed the director-general of the bureau of civil aviation security.

“The petitioner does not pray that he be assigned to the investigation team that is investigating the Asthana FIR. However, the petitioner herein does have a vested right to be protected against invidious discrimination and victimisation, merely for discharging his duties with integrity, without any fear or partiality,” he said.

Bassi also sought the court’s intervention to safeguard alleged evidence against Asthana. “All the evidence… mentioned above are in the custody of the Central Bureau of Investigation and there is a suspicion that the same may be tampered with or destroyed,” his application said.