Advertisement
Home / India / Call in Kashmir for alternative to shutdowns

Call in Kashmir for alternative to shutdowns

Industry body pledges support to azadi struggle, but asks separatists to figure out another protest route 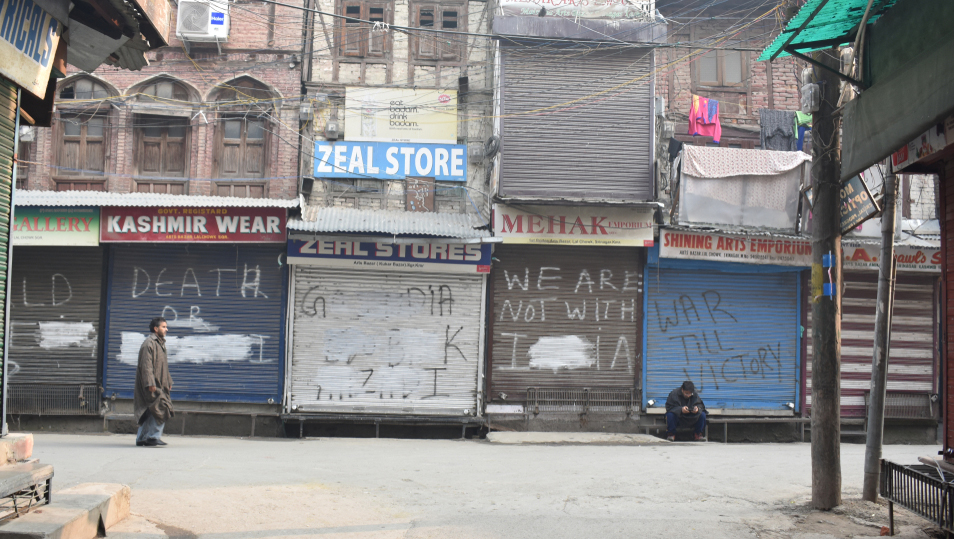 It has taken more than 2,000 shutdowns for Kashmir’s business community to wake up and call for an end to the separatists’ bandh politics.

The Kashmir Chamber of Commerce and Industry (KCCI) has in a rare move asked the separatists to come up with an alternative to frequent shutdowns while at the same time pledging its support to the azadi struggle.

The business organisations had in the past quietly conveyed their displeasure to the separatists over frequent bandhs, preferring not to deviate from public sentiments in favour of the cause, but have this time chosen to publicly urge them to revisit their strategy.

“We appeal to the Hurriyat (Conference) to think of an alternative to strikes. We will follow their protest calls regularly as all of us are ready to make sacrifices for the cause of Kashmir,” KCCI vice-president A.M. Mir told a media conference in Srinagar on Thursday.

The repeated strikes have battered the Valley economy, reducing many people to penury, but the mode of protest continues to be the favourite of the separatists during agitations against pressing issues such as human rights violations by the security forces.

The past six years have witnessed hundreds of shutdowns, particularly after July 2016 following the death of Hizb-ul-Mujahideen commander Burhan Wani.

The security forces have also enforced hundreds of curfews in the past three decades, but in most cases they coincided with the shutdowns by the separatists.

The business community puts the loss to trade during this period at tens of thousands of crores.

Mir, the KCCI vice-president, said the 2014 floods in Kashmir and the subsequent 2016 summer agitation broke the back of the business community, hitting every sector including tourism.

“If corrective measures are not taken to work for the return of peace we will be finished financially,” Mir said.

A KCCI statement said the business community had been “under great stress on account of repeated turbulences in Kashmir”.

“We are not getting a favourable atmosphere of conducting business on account of these impediments and all our sectors are badly hit,” it said.

The KCCI also hit out at the government for grave human rights violations, including “killings and pellet injuries”.

The statement, in particular, mentions Hiba, the youngest pellet victim in the Valley. The 18-month-old was hit by a pellet in the eye last month.

“This is of utmost concern to us as even 18-month-old child (Hiba) has not been spared from loss of eyesight,” it said.

An industrialist said such atrocities had forced the business community to earnestly follow the separatists’ shutdown calendar.

“Thousands of youths have been injured in pellet attacks in the past two years and hundreds of them have lost one or both eyes. Hartals can end only when there are no atrocities,” he said, preferring anonymity.

Former Hurriyat chairman, Professor Abdul Gani, refused to comment on the call by the KCCI. He said the Joint Resistance Group leadership of Syed Ali Shah Geelani, Mirwaiz Umar Farooq and Yasin Malik could comment on the issue.

“I understand the dynamics of the current political atmosphere, therefore I don’t want to speak a word,” he said.

Farooq did not take calls.