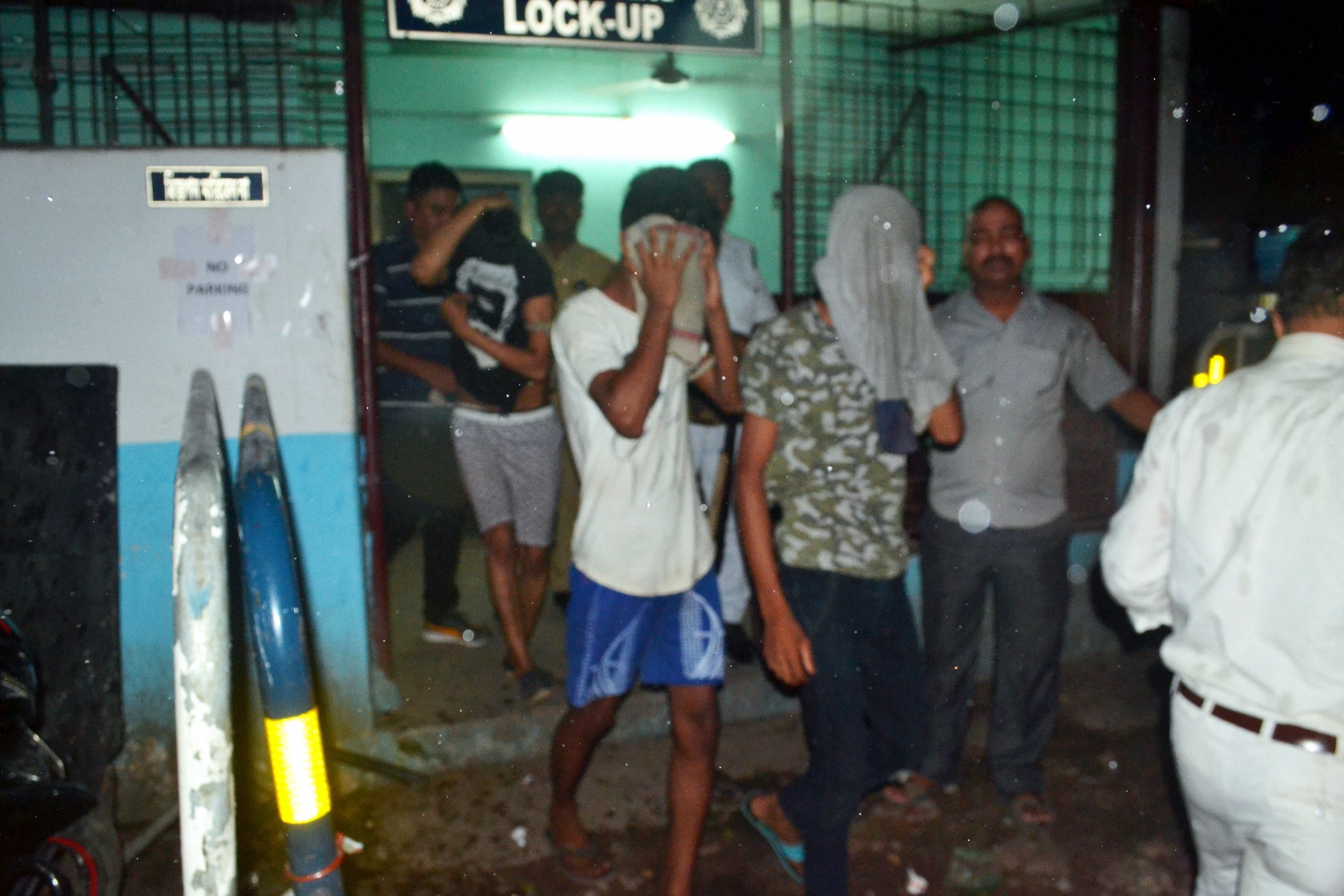 Three out of seven members of a gang come out from the court on Wednesday. They allegedly chased and harrassed Ushoshi Sengupta
(PTI)
Monalisa Chaudhuri   |   Calcutta   |   Published 20.06.19, 01:48 AM

Calcutta police commissioner Anuj Sharma has warned his officers against working “casually” and “in a routine manner without application of mind or seriousness”, a day after a model alleged that two city police stations had cited jurisdiction to rebuff her when she sought protection from harassment by a group of bikers.

In a message posted on an official WhatsApp group of the force, Sharma said he had taken “serious note of the fact that some of the officers are not paying attention to their work”.

“In the last few days, some incidents (including the one where a lady was heckled by some helmetless miscreants yesterday) have been brought to my notice where the concerned Officers have acted casually,” the message says.

“I have on this instance merely transferred out the concerned officers from present places of posting. However, it may be noted that in future in case of any casual attitude by the defaulting Officers, I will not hesitate to take exceptionally strong disciplinary action.”

A senior officer said such a message from the police commissioner was “rare”.

“Not every day does a commissioner react to an incident like this,” the officer said.

“It may be noted that the general public has great expectations from us as leaders of the KPF and we are duty bound to fulfil the expectations and it is my job to ensure that you do so. Hence I would request you all to work accordingly,” the message concludes.