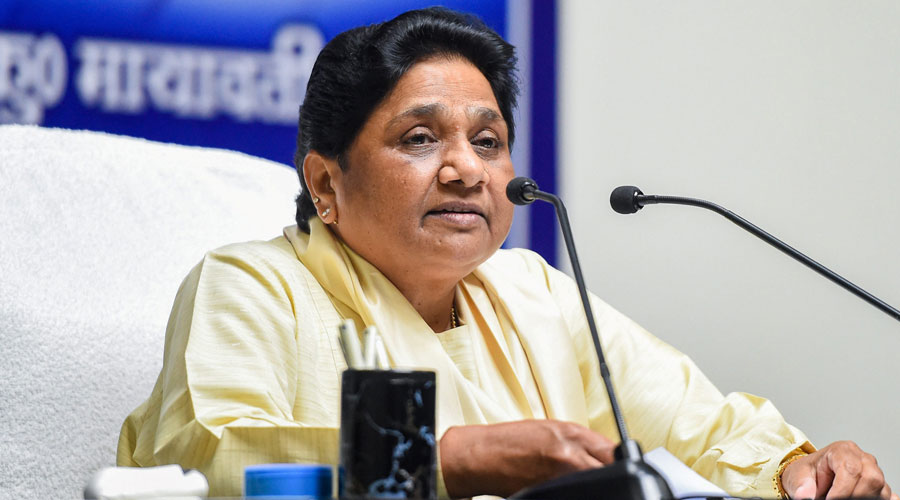 Bahujan Samaj Party (BSP) President Mayawati on Saturday termed the recent murder of four members of a Dalit family in Uttar Pradesh's Prayagraj as shameful and blamed the poor law and order situation under the BJP government for the incident.

In a series of tweets in Hindi, the BSP chief said, "Very sad and shameful murder of four people of a Dalit family in Prayagraj, UP recently. This incident also shows the poor law and order of the government. It seems that the BJP is also following in the footsteps of the SP government in this matter."

In a related tweet, she said, "After this incident, a BSP delegation led by Babulal Bhanwra that had reached there said 'dabangs' (gangsters) in Prayagraj are terrorising the people due to which the murder happened."

The BSP demands that the government should take strict legal action against all the gangsters who are guilty of this crime, the former chief minister said.

Four members of a Dalit family were brutally murdered in Gohri village under Phaphamau police station area of Prayagraj district on Wednesday night.

The head of the family, around 50; his 45-year-old wife, 16-year-old daughter and 10-year-old son were sleeping in the house when the incident happened.

Congress general secretary Priyanka Gandhi Vadra had visited the village and met the bereaved family in Prayagraj on Friday.