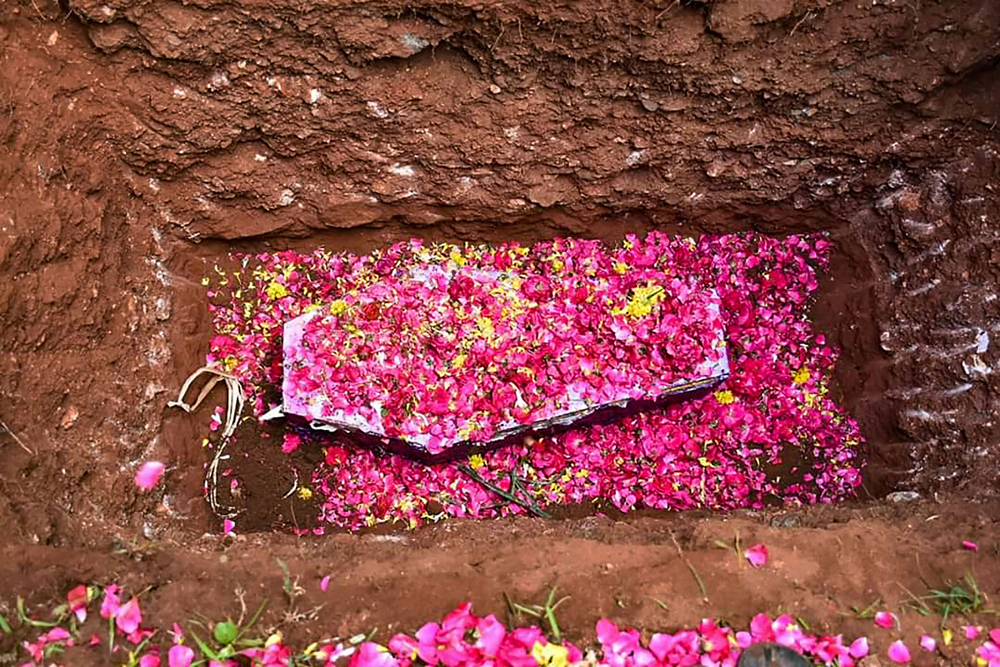 Rescuers pulled out the mangled body of a three-year-old boy early on Tuesday from deep inside an unused borewell after a futile 80-hour attempt to save the child who had fallen in while playing near his house in a Tamil Nadu village.

After the post-mortem at a government hospital, the body of Sujith Wilson was handed over to his parents who buried him in a heart-wrenching funeral conducted by a parish priest at a nearby graveyard.

Sujith had fallen into the unused farm borewell while playing near his house in Nadukattupatti on Friday evening. Initially, he was stuck at a depth of about 30 feet but subsequently slipped further down, and the body was finally pulled out from a depth of 88 feet, an official said.

On Monday, a heavy German-made drilling machine was deployed to dig a parallel shaft to reach the boy, but rescue efforts were hampered by rocky soil and rain.

“Three loads of redimix concrete has been ordered and I will not leave this spot without closing the defunct borewell and as well as the parallel hole dug up for the rescue effort,” the collector said.

A two-year-old girl drowned in a tub at her house at Threspuram village in Tamil Nadu while her parents were watching the efforts to try and rescue Sujith on television, police said on Tuesday.

Revathi Sanjana was playing in the tub on Monday night as her parents sat glued to the TV. They suddenly realised she was not around and went looking for her, only to find her motionless in the bucket.