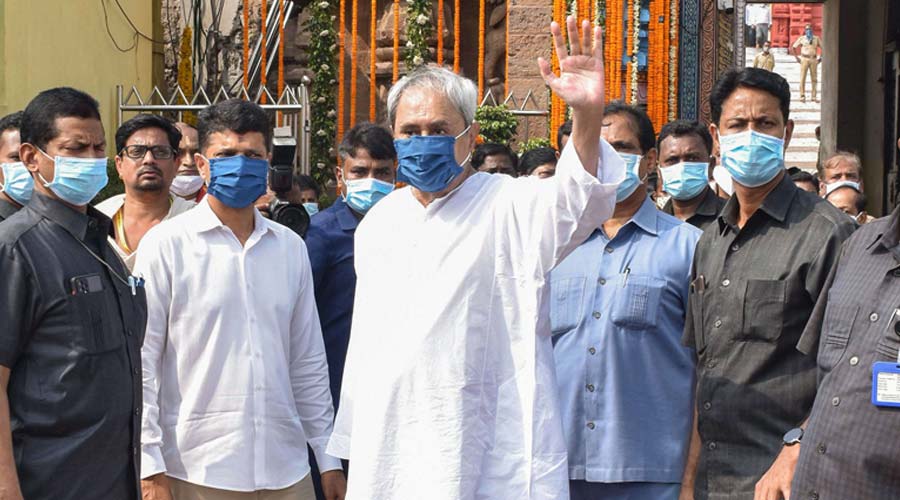 Eggs were hurled at Odisha chief minister Naveen Patnaik’s carcade on Wednesday while he was returning from Puri after attending the foundation stone laying ceremony of the ambitious Shree Mandira Parikrama project.

The project is aimed at developing a heritage corridor around the 12th century Shree Jagannath Temple.

Patnaik’s convoy was pelted with eggs by BJP workers at the Medical Square in Puri, as they were protesting against the chief minister’s refusal to act against minister of state for home, Captain Dibya Shankar Mishra, who is facing allegations of trying to shield the main accused in the murder of Kalahandi teacher Mamita Meher.

The foundation stone for the project in the pilgrim city was laid by Gajpati Dibya Singh Deb, scion of the Puri royal family, in the presence of the chief minister. Apart from having religious significance, the project is also seen as politically important since the Shree Jagannath culture is deeply connected with the Odia psyche and no government can afford to ignore the shrine.

The heritage corridor project envisages development in around the 75-metre radius of the Shree Jagannath temple. It aims at developing mutts, restructuring the age-old amenities for devotees, a reception centre and integrated command and control centre for enhancing the security system around the shrine. A lodging system for around 6,000 devotees will also be developed.

Inaugurating the project, Patnaik said, “It’s indeed a historic day for the Jagannath bhakts from all over the world. And indeed a sacred day for people of Odisha.”

The project is a part of the Augmentation of Basic Amenities and Development of Heritage and Architecture (ABADHA) scheme   which aims to promote Puri as a world-class heritage city. In order to acquire enough land for the project, the state government has bought land from 115 temple servitors.

It is one of those rare projects whose inauguration drew all political parties. No party wanted to stay away from the event, as that would have sent a wrong message. The temple is the spiritual nerve centre of Odisha and lord Jagannath the identity of Odia culture.