The disciplinary committee stands virtually defunct with the appointment of Ganeshi Lal, who headed the committee, as governor of Odisha 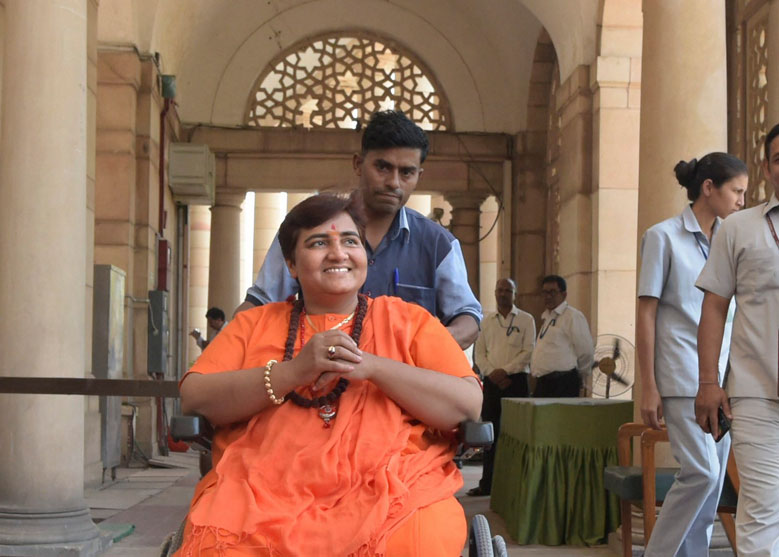 The BJP was silent on Monday on the status of the disciplinary notice to Pragya Singh Thakur, a terror accused who has been elected to the Lok Sabha from Bhopal.

On May 17, BJP president Amit Shah had given Thakur 10 days to respond to the notice on her description of Nathuram Godse, the assassin of Mahatma Gandhi, as a “patriot”. The 10-day period ended on Sunday, if May 17 is included, or on Monday, if the count started from May 18.

“I don’t know anything. Please contact our general secretary, organisation, Ramlalji,” Satyadev Singh, one of the members of the BJP disciplinary committee, said on Monday in response to a question.

Bijoya Chakravarty, listed on the BJP website as the other member of the committee, did not reply to repeated phone calls. Ramlal, too, did not respond to a phone call.

Party insiders said the disciplinary committee stood virtually defunct now with the appointment of Ganeshi Lal, who headed the committee, as governor of Odisha.

The party’s media department too refrained from giving any specific information, saying they were unaware.

On May 17, Prime Minister Narendra Modi had said he would never be “able to forgive her completely”.

Last Saturday, Thakur was also present in Central Hall of Parliament, along with other newly elected MPs, where Modi was elected leader of the BJP and the NDA parliamentary parties. She later walked up to Modi to greet him.