BJP says it respects all religions, strongly denounces insult of any religious personality

Statement makes no direct mention of any incident or comment 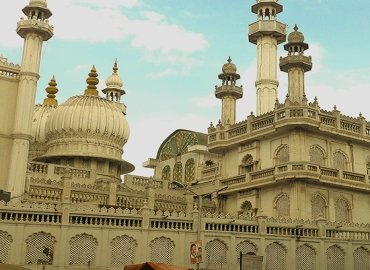 Seeking to defuse a row over controversial comments allegedly made by its spokesperson against Prophet Mohammed, the BJP asserted on Sunday that it respects all religions and strongly denounces insult of any religious personality.

Amid a row over remarks of BJP spokesperson Nupur Sharma, party general secretary Arun Singh said in a statement that the party is strongly against any ideology which insults or demeans any sect or religion.

"The BJP does not promote such people or philosophy," he said.

The BJP statement, however, made no direct mention of any incident or comment.

Singh said, "During the thousands of years of history of India every religion has blossomed and flourished. The Bharatiya Janata Party respects all religions. The BJP strongly denounces insult of any religious personalities of any religion."

"India's Constitution gives right to every citizen to practice any religion of his or her choice and to honour and respect every religion," he said.