The Congress leader had called the finance minister 'weak' 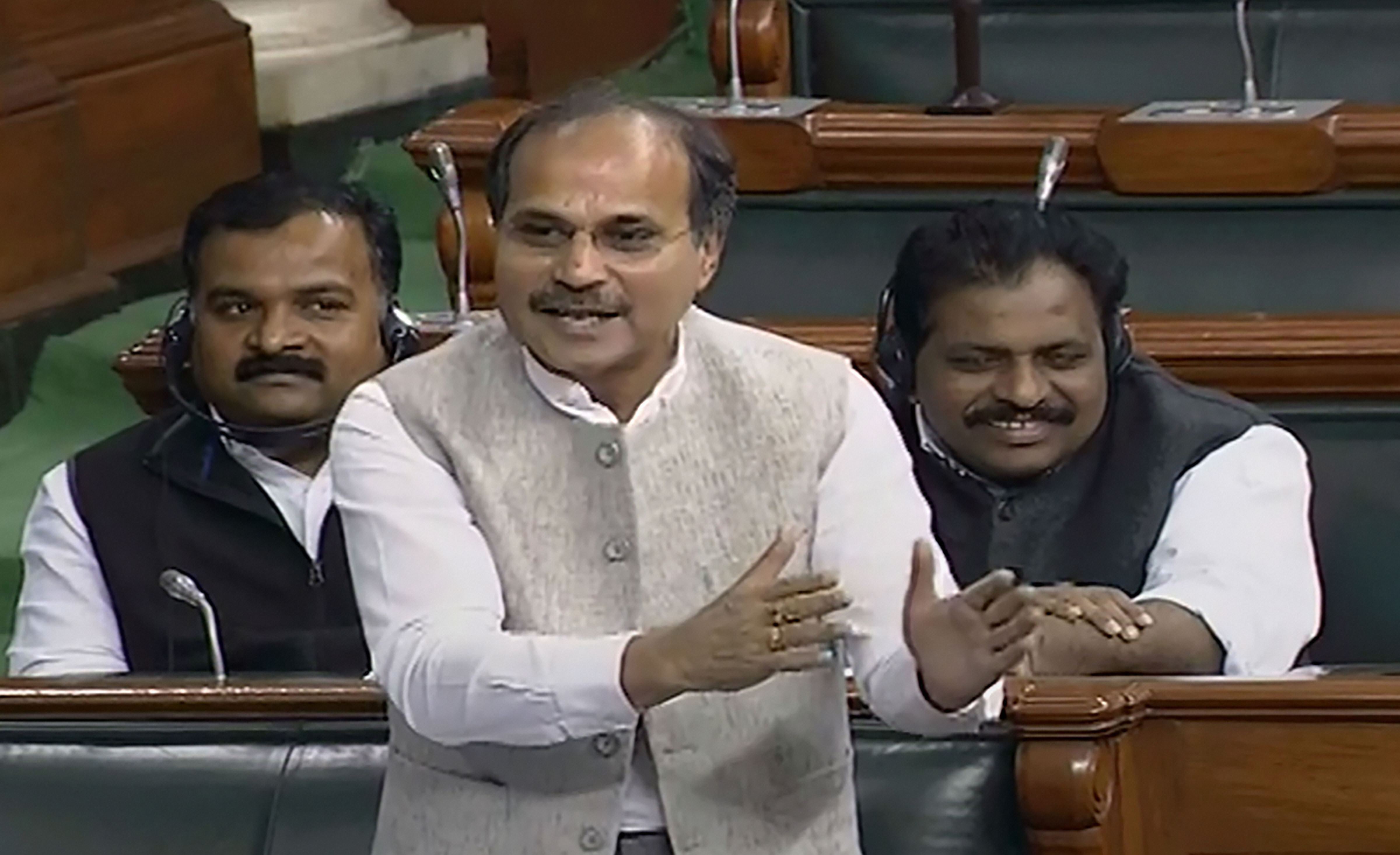 A BJP member on Tuesday mounted a fresh attack on Congress leader Adhir Ranjan Chowdhury for his remarks the finance minister, saying it is he and not Nirmala Sitharaman who is 'weak'.

Chowdhury, while participating in the discussion on Taxation Laws (Amendment) Bill on Monday, had suggested that the finance minister has become weak and called her 'Nirbala (weak) Sitharaman'.

As BJP members protested against his comment, speaker Om Birla had ruled that any unparliamentary remark would be removed from records.

During Zero Hour on Tuesday, when Chowdhury rose to speak on onion prices, Poonam Mahajan from the BJP referred to a rule to slam the Congress leader for his remarks.

'You are nirbal (weak) as you stand for one family. You are weak as you call the Prime Minister an infiltrator,' she said amid noisy protests by BJP members.

The treasury benches also asked Chowdhury to apologise for his remarks.

During her reply on Monday, Sitharaman did not directly refer to Chowdhury's comment but concluded her speech by saying she still is Nirmala and 'sabla' (empowered).