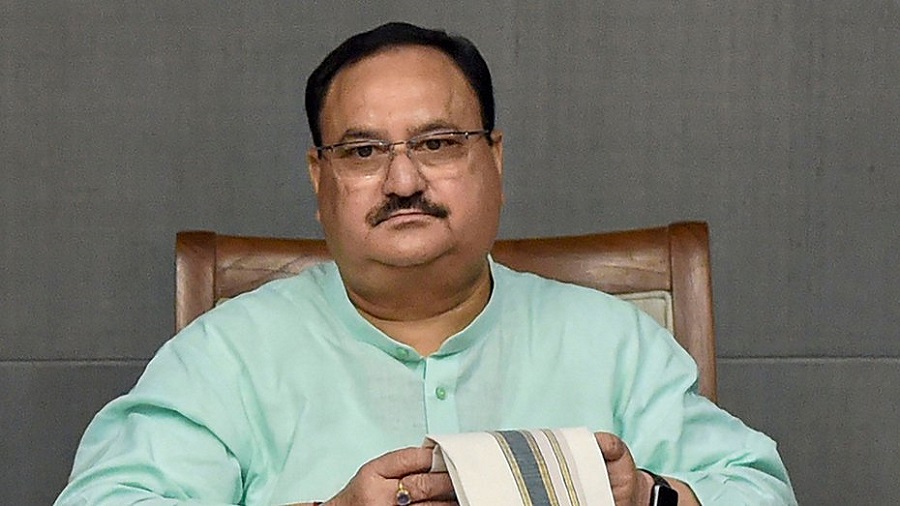 BJP president J.P. Nadda on Sunday told leaders in Bihar that chief minister Nitish Kumar would be the face of the NDA for the impending Assembly elections, seeking to reassure ally JDU.

“Each time the BJP, JDU and the LJP have come together, we have registered a grand victory. We are going to the polls under the leadership of chief minister Nitish Kumar and our victory is certain,” Nadda said while addressing a meeting of the Bihar BJP through videoconference from Delhi. The meeting had been called to prepare for the Bihar polls scheduled later this year.

The BJP’s public iteration of its faith in Nitish came against the backdrop of the LJP launching a consistent attack on the chief minister and his JDU. The LJP’s criticism has been led by none other than the party’s president, Chirag Paswan, which has triggered speculation of a possible BJP ploy to indirectly subjugate Nitish.

Chirag’s broadsides have led to a bitter war of words between the JDU and the LJP with the BJP remaining silent. The LJP, although a partner of the NDA in Bihar that also has the BJP and the JDU, is not part of the state government.

Internally, a section of influential Bihar BJP leaders has been pressing for the need for the party to assert itself and take the lead role in the state. These leaders have been arguing that Nitish has become unpopular and it would be politically harmful for the BJP to face the electorate under his leadership.

Nadda’s assertion on Sunday showed that the central leadership of the BJP was in no mood to subdue Nitish, at least ahead of the polls.

This is the second time a BJP chief has publicly endorsed Nitish as the face of the Bihar NDA. Earlier, Amit Shah as BJP chief had upheld the leadership of Nitish at a public rally.

While stressing on unity among the NDA partners, Nadda asked Bihar BJP leaders and workers to work harder and ensure the victory of ally candidates too. He predicted a cakewalk for the NDA, saying there was hardly any Opposition left.

“There is no need to take digs at the Opposition. Not only in Bihar, but also in the rest of the country the Opposition is over,” Nadda said.

His comments indicate that despite ground reports suggesting simmering anti-incumbency against Nitish, the BJP believes the NDA will win emphatically since the Opposition is in disarray.

BJP managers indicated that while they had decided to go to the polls under Nitish, the post-election numbers would be crucial to who would call the shots. “If the BJP wins more seats than the JDU, then we will get the right to assert ourselves,” a BJP leader said, hinting at tough bargaining during seat distribution among the NDA partners.

However, despite the BJP's public assertions, there is a coldness in its relationship with the JDU. Nitish, who had turned down the BJP’s offer to participate in the Narendra Modi government at the Centre after being offered a symbolic representation of a solitary ministerial berth, maintained a telling silence on the recent hype over the Ram temple bhoomi pujan.