The state government is now planning to buy the protective kits from the market, where they cost between Rs 1,000 and Rs 2,500 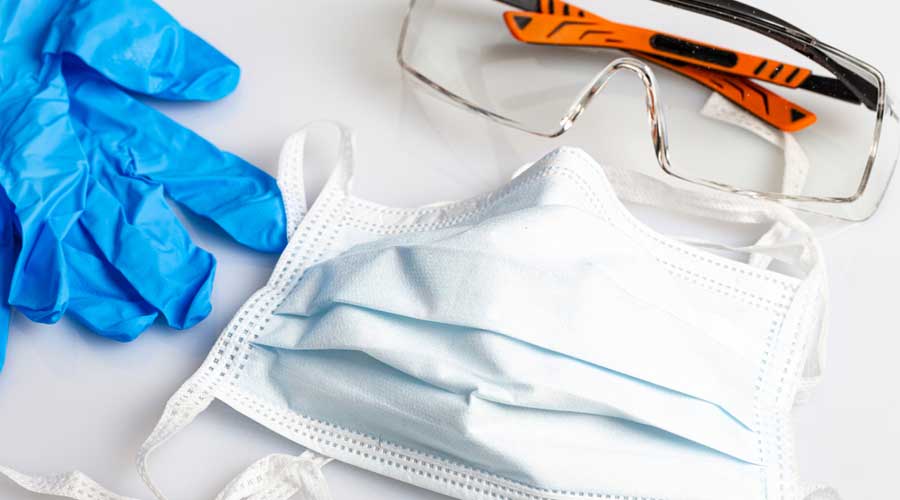 Bihar’s government doctors have pinpointed the “substandard” and “porous” personal protection equipment kits supplied to them as a key reason for the large number of medics dying or getting infected with Covid-19 in the state.

“Most of the 19 doctors who have died of the coronavirus disease and the 400-plus others infected in the state are government doctors,” said Dr Sunil Kumar, private practitioner and honorary secretary of the Bihar branch of the Indian Medical Association (IMA), India’s largest association of doctors.

State health department sources said the PPE kits had been provided by the Centre, which had obtained them from a PSU and other agencies.

“Just compare the quality of the PPE kits given to government doctors with those worn by ministers and IAS officers on the rare occasions when they visit hospitals, and you will understand,” Dr Kumar told The Telegraph.

He said the poor quality of the PPE kits was a key reason behind the “high infection rate among doctors in Bihar”, and that the IMA’s repeated appeals to health minister Mangal Pandey and his bureaucrats had “gone unnoticed”.

Pratyaya Amrit, principal secretary to the state health department, accepted that the quality of the PPE kits “was very bad”.

An official said the state government was now planning to buy the protective kits from the market, where they cost between Rs 1,000 and Rs 2,500.

A government doctor said on the condition of anonymity that the PPE kits were “flimsy, badly stitched and felt more like raincoats than protective gear”.

Dr Ajay Kumar, senior vice-president of the IMA’s Bihar branch, said the situation was scary for everyone given the shortage of doctors in the state.

On Friday, the IMA had revealed that 196 doctors had died of Covid-19 across the country, with Bihar accounting for 19 of the deaths.

“Of the 400-plus others infected, 45 are battling for their lives at the All India Institute of Medical Sciences, Patna,” Dr Ajay Kumar, who had retired as joint secretary, state health services, and is now a private practitioner, said.

It’s not just the quality – “there’s an acute scarcity of PPE kits and N-95 masks in the remote areas of the state”, Dr Sunil Kumar said.

A government doctor posted in Kaimur district, around 190km southwest of Patna, agreed: “The supply has been erratic and the material seems porous. We got some supplies this week but can’t say anything about the future.”

Dr Amitabh, general secretary of the Bihar State Health Services Association, a body of government doctors, dismissed this newspaper’s question about the quality of the PPE kits.

“The doctors have not been asked to conduct tests to find out whether they are of good or bad quality,” he said.

Amrit, appointed principal secretary to the state health department on July 27, said: “We are going to look into the issue. I went to Sri Krishna Medical College and Hospital in Muzaffarpur recently for an inspection and found the quality of PPE kits was very bad. We are going to take steps.”

A senior official with Bihar Medical Services and Infrastructure Corporation Limited, said that with PPE kits now available in the market, the state would buy them directly.

“We have received 6 lakh PPE kits from the Centre, of which 4 lakh have been distributed. Yes, we have received complaints about them. In any case, we’ll start procuring them on our own very soon and make sure they are of standard quality,” he said, asking not to be identified.