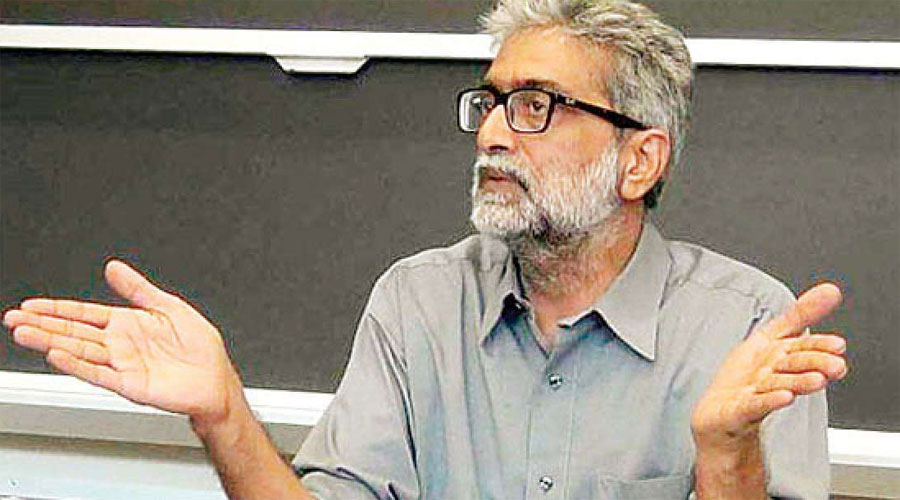 A three-judge bench of the Supreme Court comprising Justices U.U. Lallit, Indira Banerjee and K.M. Joseph will take up on Wednesday the anticipatory bail plea of civil rights activist Gautam Navalakha who is facing sedition and other charges in the Bhima Koregaon violence, which the NIA claimed was engineered by Maoist elements.

On February 14, the Bombay High Court had dismissed the bail plea of Navlakha and co-accused Anand Teltumbde in the Bhima Koregaon case, but had extended the interim protection granted to them in December last year by four weeks to enable them approach the Supreme Court.

The high court had rejected the anticipatory bail on the ground that the material placed before it indicated that there was prima facie evidence showing the complicity of both the accused in the case.

It has been alleged that on December 31, 2017, members of the Kabir Kala Manch, under Bhima Koregaon Shouryadin Prerna Abhiyan, held a meeting of the Elgar Parishad at Pune’s Shaniwarwada where active members of the CPI(Maoist) supposedly raised provocative slogans. The activists were also accused of engaging in other activities with the intention to conspire, incite and abet the commission of terrorist acts, thus promoting enmity between groups, which culminated in the violence January 1, 2018, at Bhima Koregaon.