Bhagwant Mann, others booked for rioting in Punjab 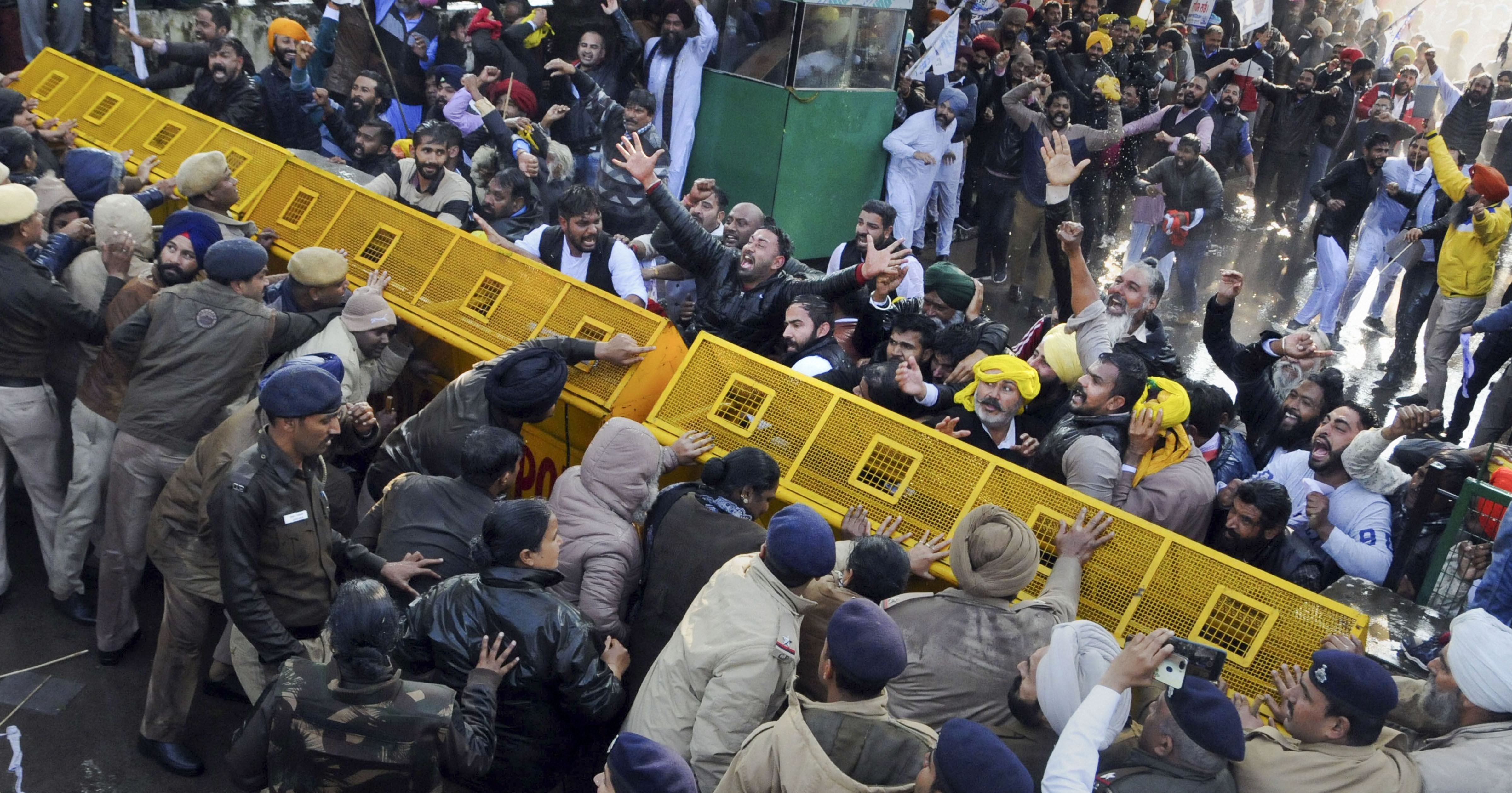 AAP's Punjab unit president Bhagwant Mann and other party legislators from the state have been booked on charges of rioting, assault and obstructing police from performing their duties during a protest in Chandigarh against power tariff hike, a police official said on Sunday.

Around 800 unnamed AAP supporters have also been booked.

Rejecting the claim that AAP workers had assaulted police personnel on duty, Leader of the Opposition in Punjab Assembly Harpal Singh Cheema slammed the Chandigarh Police for registering the case.

The FIR was filed on Saturday against the Sangrur MP, around seven-eight legislators and others on the statement of a woman constable here, who complained that AAP activists had pelted stones and assaulted her and some other police personnel during the protest on Friday last.

The SHO of Sector 3 Police Station, Inspector Jaspal Singh, said the FIR has been registered here against Mann and others under various Sections of the IPC including rioting, voluntarily causing hurt to deter public servant in discharge of his duty, disobedience to order promulgated by public servant.

The protesters created law and order problem and violated the district magistrate's order under Section 144 in the area, police said.

Police had used water cannons on Friday last to stop the Aam Aadmi Party leaders and workers protesting against the hike in power tariff in Punjab from moving towards chief minister Amarinder Singh's residence.

The main Opposition party in Punjab was also seeking scrapping of power purchase agreements signed during the previous SAD-BJP regime with private plants.

Police said at least six of their personnel were injured when unknown AAP supporters allegedly started throwing stones on them during the protest.

Police had detained and released AAP functionaries who were trying to march towards the official residence of the Punjab Chief Minister here.

Criticising the Chandigarh Police for registering the case, Cheema said, 'We will continue to raise the voice of the people of Punjab. We do not fear from going to jail. Being in opposition, we have to play our role and raise people's voice.'

After the protest, the AAP in a statement had claimed that more than two dozen party leaders and volunteers including MLA Aman Arora sustained injuries because of water cannon and two of them were admitted to the PGIMER.

As part of their protest, the AAP had planned to 'gherao' the official residence of the chief minister.

Heavy police force was deployed by the Chandigarh Police to stop protesters from going towards the CM's residence. Barricading was done near MLAs hostel where AAP leaders and workers had assembled to proceed towards the CM house.

When protesters tried to climb the barricades, Chandigarh Police used water cannons to disperse them.

Power rates in Punjab were hiked by 36 paise a unit with effect from January 1 for domestic consumers.

Party leaders alleged that power consumers were being forced to pay between Rs 9 and Rs 12 a unit which was 'much higher' as compared to electricity rates in other states.