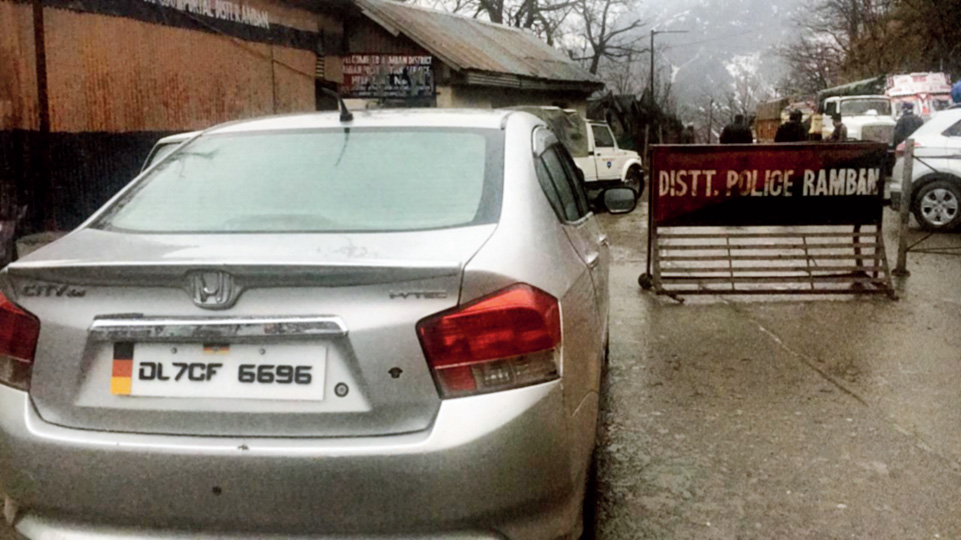 Getting to his wedding was proving an enormous challenge for Danish Ali on Saturday. On Sunday, bringing his bride home could become another ordeal.

The Anantnag resident had already had a harrowing time securing permission from the authorities to take his baraat (groom’s procession) to Doda in Jammu on Sunday, when his marriage is scheduled.

He needed the permission because governor Satya Pal Malik’s administration has decided to close the Valley’s arterial highway to civilians on Sundays and Wednesdays to facilitate army movement and prevent Pulwama-type attacks.

The never-before decision, taken on Monday, has outraged the Valley. Officials said the order would be in force from April 7 till the end of the parliamentary elections.

It is expected to cause immense suffering, as the Anantnag family is finding out.

Busy preparing for the wedding when the order was passed, the family spent the past few days pleading with the Anantnag administration for permission to travel to Doda, around 200km away, on Sunday.

“We went to the deputy commissioner’s office, which asked us to approach the superintendent of police. We ran from one office to another, only to be told they didn’t know who was entitled to grant the permission,” Danish’s brother Zamir Ali told The Telegraph.

When it began to look as though permission mightn’t be forthcoming, the family decided to take the baraat to Doda on Saturday, spend two nights at the bride’s home and return on Monday.

“We approached the officials today (Saturday) and got the permission around 1pm. But since we had already decided to take the baraat out today, the groom left for Doda. He can now return tomorrow,” Zamir said.

The permission was granted with an unusual caveat: the groom and the 11 baraatis must undergo “proper frisking” and “security check”, meaning they might be stopped at multiple places for frisking.

“That might look bizarre (grooms have traditionally been exempt from frisking even during the peak days of militancy) but we have no choice. Our problem is that we may not be able to reach Doda today,” Danish told this newspaper over the phone.

He said the baraat, which had left Anantnag at 2pm, had been stopped along with dozens of other vehicles after crossing the Jawahar Tunnel, which connects the Valley with the outside world.

A traffic police officer said a landslide had hit the national highway between Banihal and Ramban. “Efforts are on to clear the road but we can’t say when traffic can resume,” he said.

Danish said the vehicles had been able to move around 5pm but were stopped after another 20km, after crossing Banihal. “I’m stuck here. God knows whether we will be allowed to move,” he said around 8pm.

Danish said it would not look nice to take the baraat back. So, if the road isn’t cleared soon, the group would spend the night in Banihal.

The Kashmir Economic Alliance ---- an association of traders and businessmen --- has questioned the twice-a-week highway closure.

Several pro-India politicians have compared the government’s decision to Israel’s lockdown of the Gaza Strip and said it would further alienate the people.

On Friday, the Valley’s divisional commissioner, Baseer Khan, claimed there would not be a blanket ban on civilian traffic and that emergency vehicles would be allowed to move.