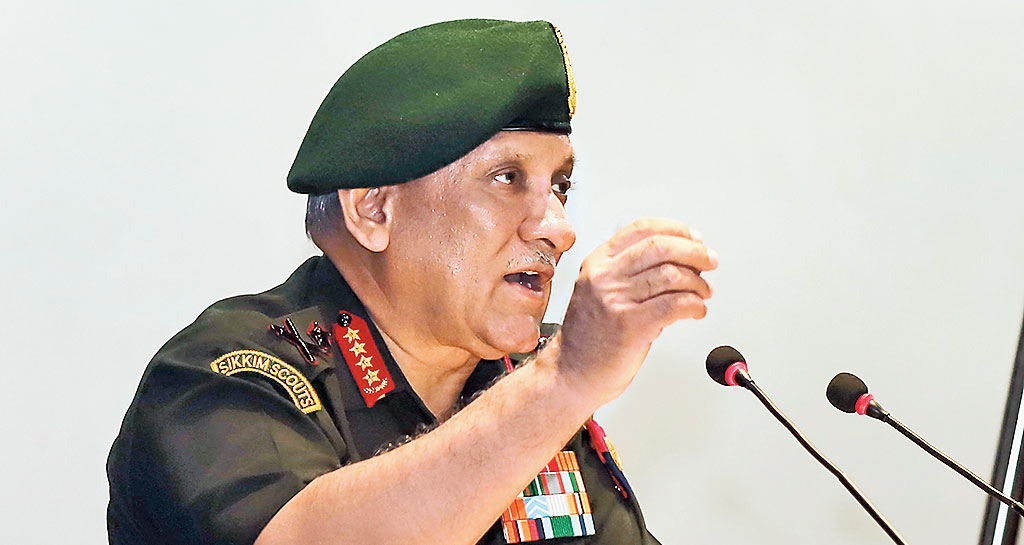 Army chief Gen. Bipin Rawat on Monday said Pakistan had reactivated the Balakot terror camp recently and about 500 infiltrators were waiting to sneak into India.

The response may go beyond India’s previous action by way of an air strike in February, he told reporters here at the Officers Training Academy here.

“Let me tell you, Balakot has been reactivated by Pakistan very recently,” he said while answering a question on new terror camps.

The chief of army staff, pointing to the hiatus in terror operations at Balakot for several months following the cross-border strike, said it highlighted the Indian Air Force’s action in February.

Balakot had suffered damage and was destroyed by the cross-border strike and “that is why people have got away from there and now it has been reactivated”, he said.

In March, Congress leader Sam Pitroda had asked the government to come out with “more facts” on the Balakot air strikes and it had led to a political slugfest.

The chief of the army staff earlier inaugurated the young leaders’ training wing at the OTA.

Asked about the response to the reactivation and if a repeat strike may be expected, Rawat said: “Why must you expect repeat of a similar thing, earlier we did something, then we did Balakot, why must we repeat...? Why not keep the other side guessing as to what we will do; why tell him what we are going to do, why not keep him guessing, why say repeat, why not something beyond that?”

To a question on the number of infiltrators waiting to get in, he said: “These numbers keep fluctuating, but I would say yes, there are at least 500 people who are waiting to infiltrate and that is the minimum number”.

As the ice has melted, the infiltration attempts are focused on the northern part of Jammu and Kashmir. When the temperature falls, such attempts were made through areas less vulnerable to snowfall, he said.