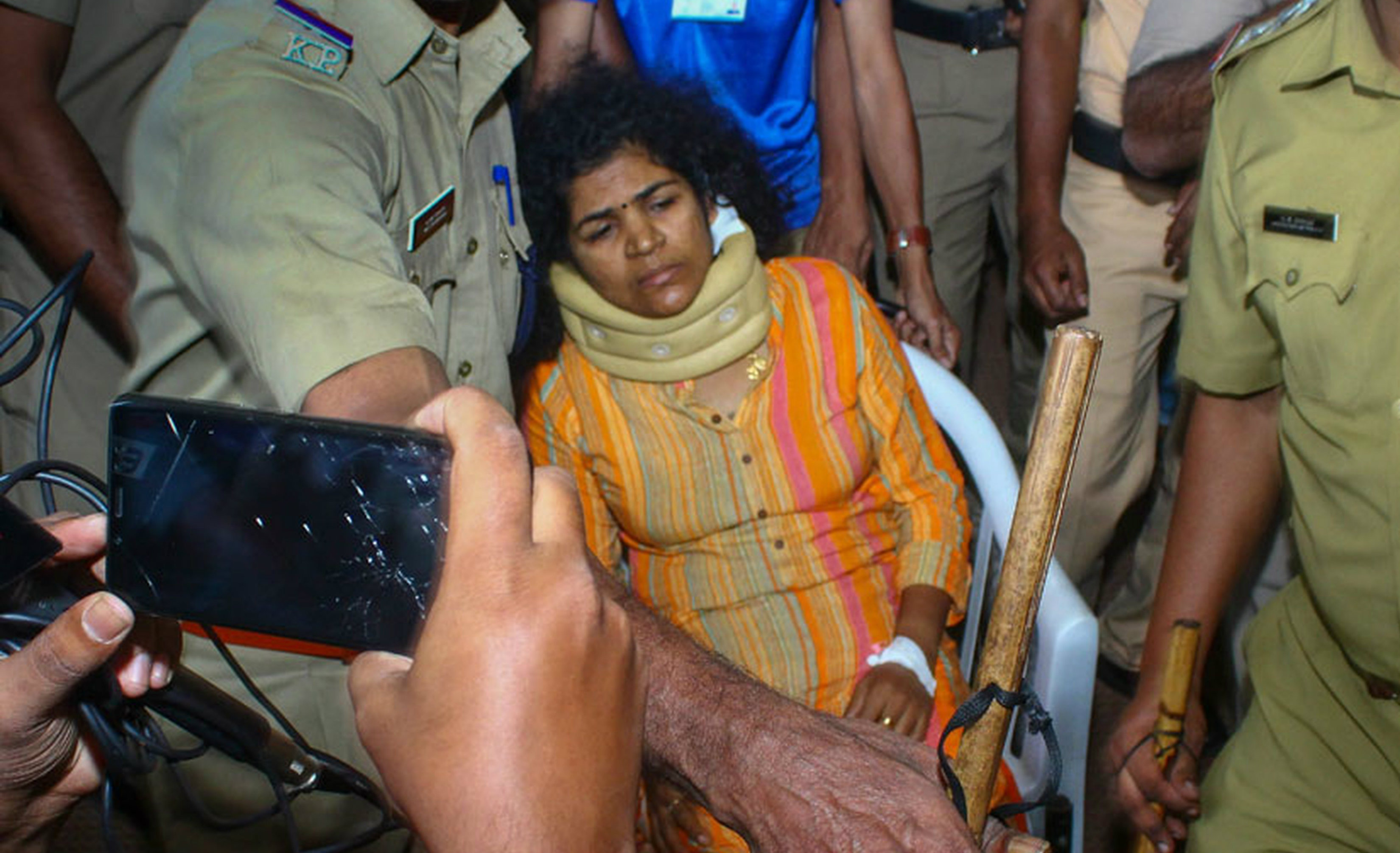 Kanakadurga being taken to hospital after she was allegedly beaten up by her mother-in-law, in Kozhikode on Tuesday.
PTI file picture
PTI   |   Perinthalmanna (Kerala)   |   Published 23.01.19, 07:34 AM

Kanakadurga, who was hospitalised after allegedly being beaten up by her mother-in-law for visiting Sabarimala, went home and found her house locked, police said.

A police official said the 44-year-old has filed a petition in a court here under the domestic violence act, saying she has the right to stay in her husband's home.

One of the two women who shattered a glass ceiling by entering the Sabarimala shrine. Kanakadurga had to take shelter in a One Stop centre, a government facility that houses victims of violence in private and public spaces.

Kanakadurga's husband and family members had shifted to a rented building, the police said.

The Supreme Court had in a historic verdict last year lifted a centuries-old ban and allowed women of all age groups to offer prayers at the Sabarimala shrine. Kanakdurga, an employee of the civil supplies department, had scripted history along with Bindu, a college lecturer, on January 2 by offering prayers at the Ayyappa temple, where people have been protesting the entry of women of childbearing age.

Bindu (left) and Kanakadurga were the first women of childbearing age to enter the Sabarimala shrine after the Supreme Court verdict.
The Telegraph file picture

At least 10 police personnel have been posted for her security. CCTV surveillance has also been provided at the shelter home.

Bindu's voice: Sabarimala and a devotee's right to pray