Randeep Surjewala urges Centre, UP govts to file appeal against the Wednesday's ruling 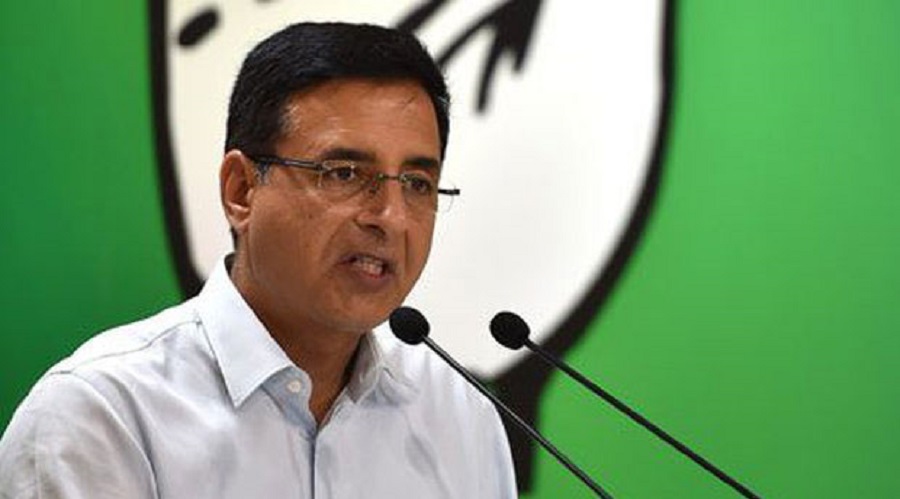 The Congress on Wednesday said a special CBI court's decision to acquit all the accused in the Babri Masjid case runs counter to constitutional spirit and the 2019 Supreme Court judgement that described the demolition of the structure as an "egregious violation of the rule of law".

Congress' chief spokesperson Randeep Surjewala said every Indian who has innate faith in the Constitution and in the spirit of communal amity and brotherhood expects and urges the Central and state governments to file an appeal against the verdict delivered Wednesday.

The governments must follow the letter of the law and the Constitution without any "partiality and pre-meditated prejudice" Surjewala said, adding this is the true calling of rule of law and Constitution.

"The decision of the Special Court to acquit all the accused in Babri Masjid demolition case runs counter to Supreme Court judgement as also the constitutional spirit," he said.

The Supreme Court in its judgement on November 9 last year, pronounced by five judges, had clearly held that the demolition of Babri Masjid was a clear illegality and an "egregious violation of the rule of law", Surjewala told reporters.

"The entire country witnessed a deep-rooted political conspiracy by BJP-RSS and its leaders to destroy the country's communal amity and brotherhood for usurping power at any cost," he alleged.

The then BJP government of Uttar Pradesh was a "co-conspirator in the designed attack" on India's Constitutional ethos, Surjewala claimed.

Reacting to the judgement by the special court, senior Congress leader Ahmed Patel tweeted, "The Babri verdict is shocking, it goes contrary to principles of natural justice and even the SC's observation"

All the 32 accused in the Babri mosque demolition case, including BJP veterans L K Advani and MM Joshi, were on Wednesday acquitted by the special CBI court in Lucknow which said there was no conclusive proof against them.

Delivering the much-awaited verdict in the 28-year-old case, CBI judge S K Yadav did not accept newspapers and video cassettes as evidence.

The case relates to the razing of the disputed structure in Ayodhya on December 6, 1992, which triggered riots for several months leaving nearly 2,000 people dead across the country.