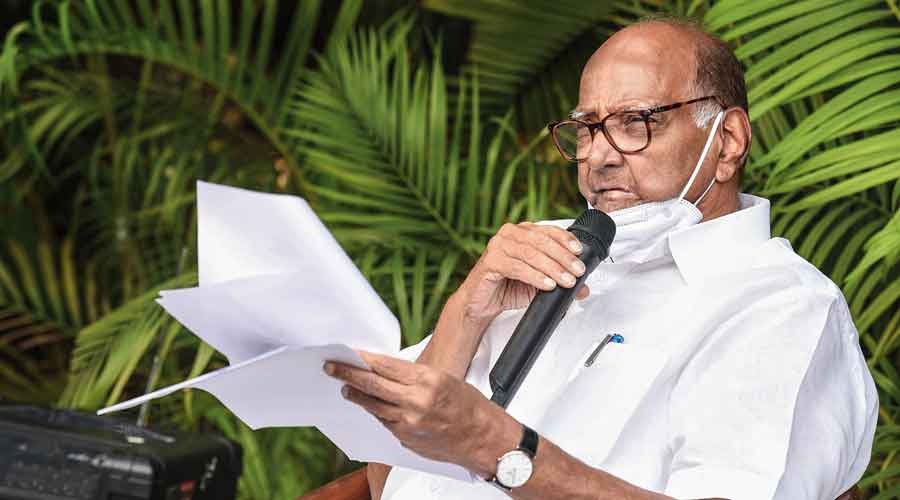 The Nationalist Congress Party (NCP) on Saturday wondered if the "attack" on the residence of party supremo Sharad Pawar in south Mumbai was a pre-planned conspiracy to create instability in the state and demanded that his security cover be upgraded.

A group of striking employees of the Maharashtra State Road Transport Corporation (MSRTC) had staged a sudden protest outside 'Silver Oak', Sharad Pawar's bungalow on Pedder Road in south Mumbai on Friday afternoon, accusing him of not doing anything to help them. Some of the protesters had hurled footwear in the direction of Pawar's residence. Police have so far arrested 110 people in connection with the protest.

Incidentally, Pawar, a former Union minister, enjoys Z plus security cover. Addressing a press conference on Saturday, NCP chief spokesman Mahesh Tapase said party workers will not sit quietly if the attack was politically motivated and aimed at creating instability in the state.

"Was the attack on Pawar's house part of a pre-planned conspiracy to create instability in the state?" Tapase asked.

He said the NCP's election manifesto never spoke of the merger of the MSRTC with the state government but highlighted the modernisation of the corporation.

Employees of the state transport body, which has over 90,000 persons on its payroll, are on strike since November 2021. While Pawar's party is part of the ruling coalition, the transport portfolio is held by the Shiv Sena's Anil Parab.

The main demand of the striking workers is that the cash-strapped transport corporation is merged with the state government.