However, he left the meeting minutes before it concluded as chairman and BJP leader Jual Oram denied a discussion on these issues saying they were not part of agenda 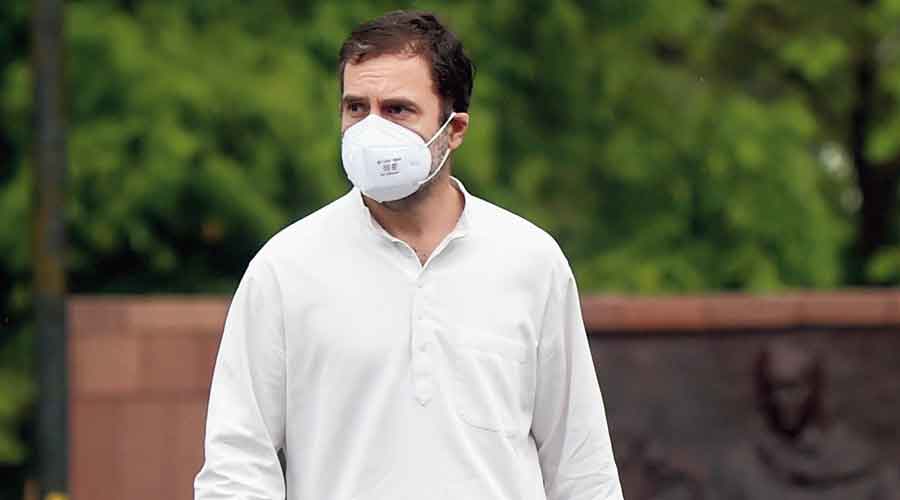 Congress leader Rahul Gandhi raised the issue of national security vis- -vis Pakistan, the standoff with China and the Taliban capturing fresh territories in Afghanistan at a parliamentary panel meeting Wednesday and demanded a discussion on them, sources said.

However, he left the meeting of Parliamentary Standing Committee on Defence minutes before it concluded as chairman and BJP leader Jual Oram denied a discussion on these issues saying they were not part of the pre-decided agenda, the sources said.

The committee met here to 'Review the Working of Cantonment Boards.

Gandhi stressed that rather than discussing the working of board, the panel should deliberate on more relevant and important security issues like the standoff with China in eastern Ladakh and the terror threats from Pakistan, the sources said.

Gandhi also raised the issues of the Taliban capturing fresh territories in Afghanistan, China's growing influence in Sri Lanka and the impact of these developments on India, the sources said.

He said these issues are also more serious and need an urgent discussion in the parliamentary panel.

Responding to Gandhi's demand, chairman Oram said the meeting's agenda is on the working of Cantonment Boards so the discussion should be limited to that only.

If any member wants a discussion on other subjects, he should follow the procedure and to give prior notice of 14 days, Oram said, according to the sources.

The panel chairman noted that neither Gandhi nor any other Congress member was present in the previous meeting in which the committee's agenda for the year was decided, otherwise their issues would had been taken up, they said.

After putting forward his case, Gandhi left the 90-minutes long meeting just before its conclusion, the sources said.

Other members of the panel raised several questions related to the functioning of the cantonment board to the officials from Defence Ministry and armed forces who deposed before the committee, the sources said.