No one has been arrested yet 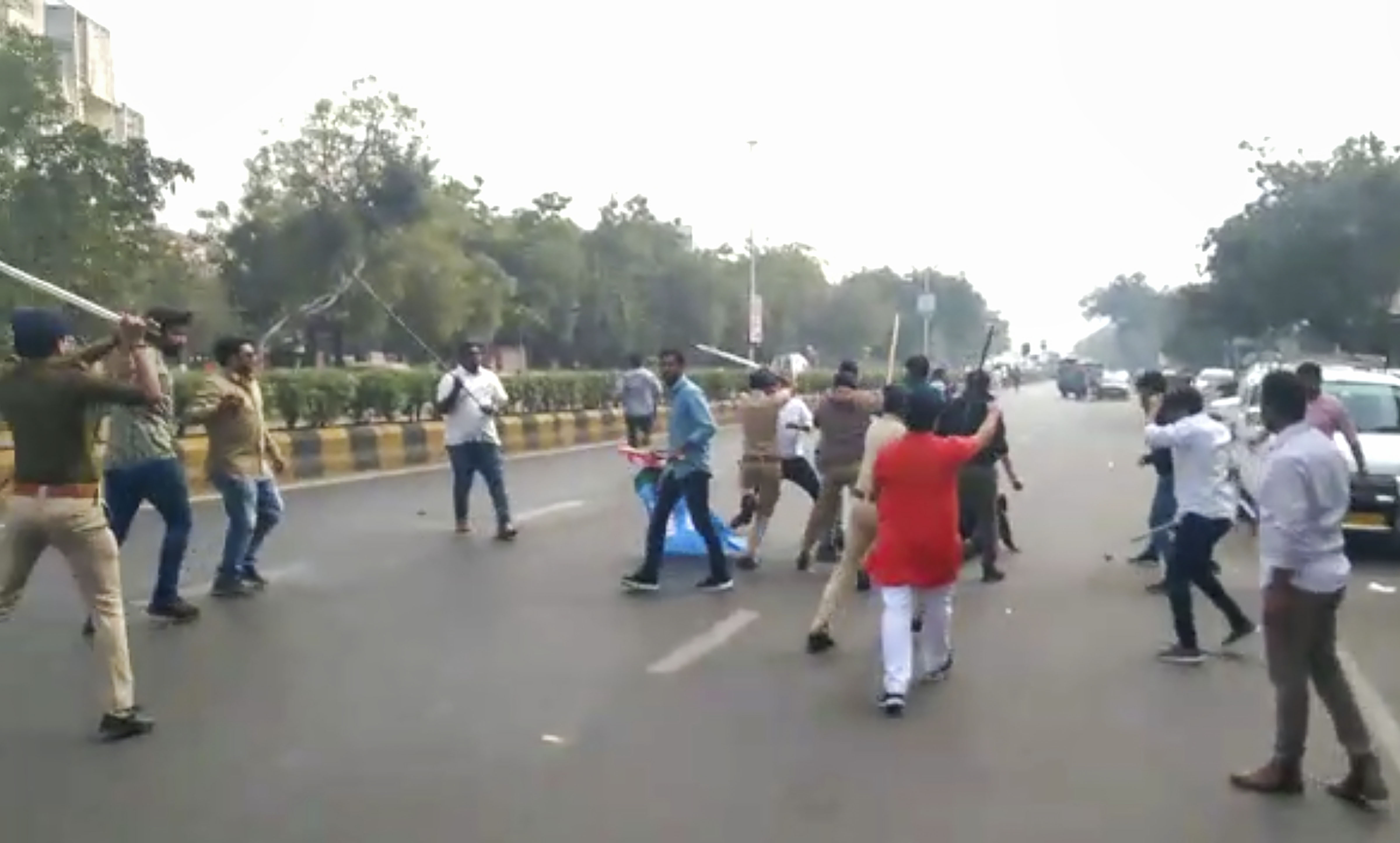 Ahmedabad police booked at least 25 members of the NSUI and ABVP on Wednesday on charges of rioting and assault, a day after a clash broke out between the two student unions that left four activists from both the sides injured.

The NSUI, Congress' student wing, has alleged that the police are reluctant to include names of Gujarat Bharatiya Janta Yuva Morcha (BJYM) president Rutvij Patel and state unit BJP secretary Pradipsinh Vaghela in the FIR.

The Congress' student wing has claimed that both Patel and Vaghela were present when National Students' Union of India (NSUI) general secretary Nikhil Savani was thrashed outside the Akhil Bhartiya Vidyarthi Parishad (ABVP) office in the Paldi area on Tuesday during a protest over Sunday's violence on the JNU campus in Delhi.

Four persons from both sides, including Savani, were injured in the clash.

A case been registered against 25 unidentified members of the ABVP and NSUI under sections 147 (rioting), 143 (unlawful assembly), 323 and 324 (assault) of the Indian Penal Code (IPC) on the complaint lodged by Paldi police station inspector B.S. Rabari.

Nobody is arrested so far.

Meanwhile, Savani, who was hospitalised due to a head injury, has refused to sign a copy of his complaint.

'Savani had given names of Rutvij Patel and Pradipsinh Vaghela, but the police are trying to convince us not to name anyone in the FIR. Savani will not sign the FIR until names of Vaghela and Patel are added,' said NSUI general secretary, Bhavik Solanki.

Gujarat Congress president Amit Chavda said a delegation of the party leaders would meet with Ahmedabad police commissioner Ashish Bhatia later in the day over the NSUI's demand for inclusion of names of the two BJP leaders in the FIR.

Meanwhile, the ABVP said they will also lodge a complaint with the police.