Advertisement
Home / India / At home, Amit Shah is virtual No. 2 after PM Modi

At home, Amit Shah is virtual No. 2 after PM Modi 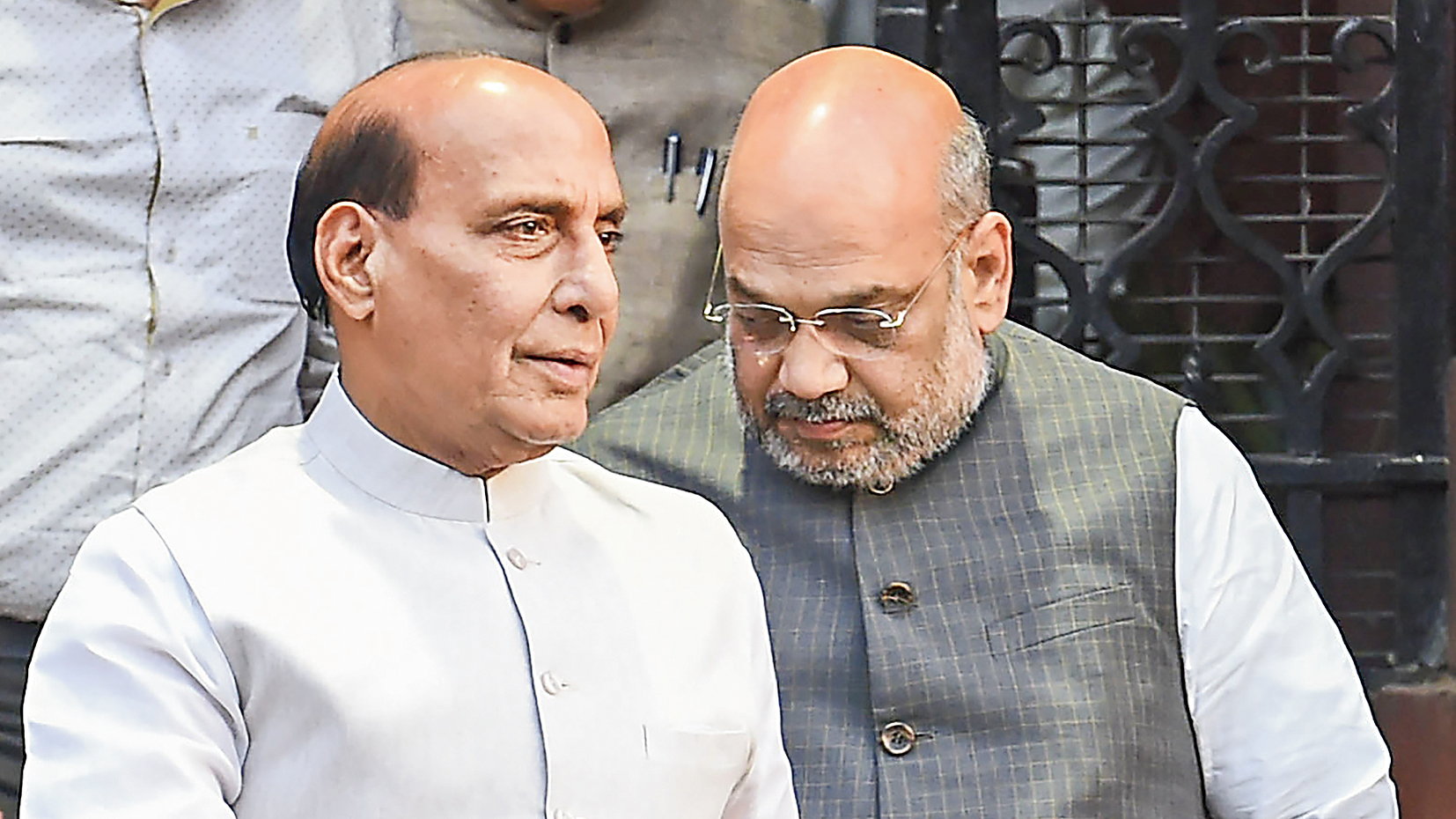 Prime Minister Narendra Modi on Friday used his prerogative to allot one of the most important seats of power on Raisina Hill, the home ministry, to Amit Shah, edging out senior leader Rajnath Singh to the relatively lightweight defence ministry.

Till the portfolios were announced on Friday, the speculation was that Shah would be given finance. But after a series of late-night meetings, it was decided that Shah, 54, would be the new home minister, displacing Rajnath, 67. (Full portfolio list on Page 6)

The post will help Shah preside over matters that formed the bedrock of the BJP campaign in the general election -- internal security, terrorism, Maoist insurgency and Jammu and Kashmir affairs. He will also handle the implementation of the controversial National Register of Citizenship (NRC), aimed at identifying illegal migrants.

The BJP president had led an aggressive poll campaign, promising to drive “ghuspethiya (infiltrators)” out of the country and abrogate Article 370, which grants autonomous status to Jammu and Kashmir. The BJP had made the NRC a big election issue in Bengal too.

The home minister is considered the most important leader after the Prime Minister. Most nodal investigating and intelligence agencies like the NIA and the Intelligence Bureau come under the home ministry’s purview. These agencies have been used by almost all previous governments to settle scores with political opponents.

The concern was articulated when Hardik Patel, the young Gujarat leader who has joined the Congress, congratulated Shah on his new role but wondered about the fate of people like him who “fought against” the BJP.

“I extend warm wishes to Shri Amit Shahji for becoming the home minister. But, some bhakts have messaged me today ‘What will happen to you now Hardik?’ It means that bhakts are very happy after Amit Shah became home minister. Whether youths like me who fought against the BJP will be killed? God’s wish will be final,” Patel tweeted.

On the campaign trail in Himachal Pradesh, Shah had said that “if the BJP comes to power again and Narendra Modi becomes Prime Minister, Article 370 will be removed for sure”. He had repeated this in almost all his campaign rallies, accusing the Congress of neglecting internal security.

The BJP’s manifesto for the general election says the party was “committed to annulling Article 35A”, terming it “discriminatory against non-permanent residents and women of Jammu and Kashmir”. Article 35A provides special rights and privileges to the natives of the state.

At present, the government has a very powerful national security adviser in Ajit Doval. With Shah in command, Doval will now have to handle another master, apart from the Prime Minister.

There were no outward signs of disquiet in the BJP over a veteran like Rajnath being pushed out of the home ministry to make way for Shah. But privately, some party leaders said denying the home ministry to Rajnath was being seen as a clear sign that he had been “cut to size”.

“Late-night meetings and consultations took place with RSS leaders, too, to finalise the allotment of key ministries,” a party leader said. This leader said that Shah was holed up with some newly sworn-in ministers till 1pm at his residence.

Given the huge mandate the Modi-Shah duo had secured in the polls, it is unlikely that voices of protest would come out soon. Party insiders, however, didn’t rule out some of it tumbling out in the public domain in the days to come.