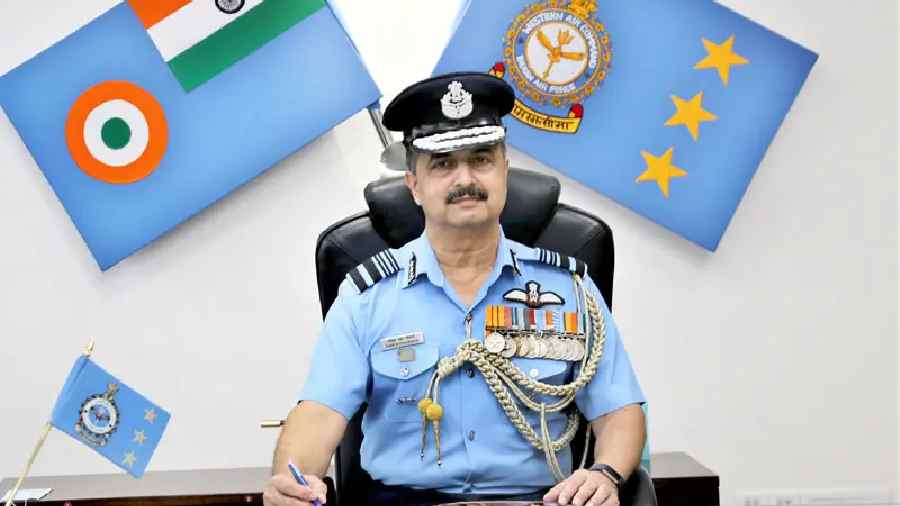 Addressing a press conference ahead of the Air Force Day on October 8, he also said that recent developments at the global stage show the need for a strong military to ward off any challenge.

Air Chief Marshal Chaudhari said the IAF has been preparing for all kinds of security challenges including "worst-case scenario" and asserted that it is fully ready to face any situation.

"We continue to be operationally deployed and ever vigilant," he said, adding the IAF continues to monitor all Chinese activities along the LAC.

When asked about recent incidents of Chinese fighter jets flying close to the LAC, he said appropriate non-escalatory measures have been taken and a message was sent to the neighbouring country.

Our overall preparation is a continuous process irrespective of Chinese belligerence, he said.

To a question, he said the benchmark for the situation to return to normal in eastern Ladakh would be to return to status quo ante and completion of disengagement in all friction points.

Referring to the ambitious theaterisation plan, the Air Chief Marshal said the IAF understands imperatives of joint planning and execution with sister forces for future wars.

We are not opposed to tri-services integration; our reservations are relating to only certain structures, he said.

The chief of Air Staff also said that the IAF is in sync with the government on self-reliance in defence production.