Situation in Afghanistan discussed during meetings 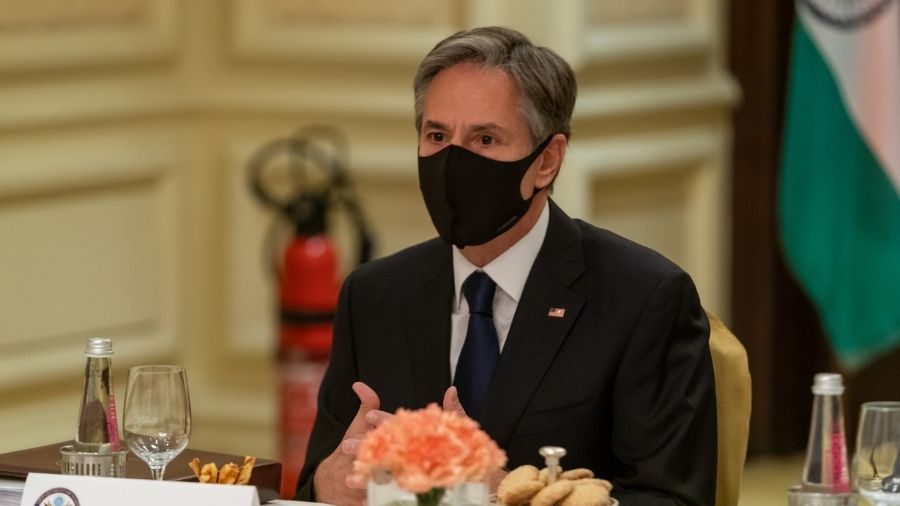 Before meeting Jaishankar, Blinken held talks with National Security Advisor Ajit Doval on a range of bilateral and regional issues including the security situation in Afghanistan.

Earlier, Blinken met civil society leaders after which he said the US and India share a commitment to democratic values and it is part of the bedrock of the relationship.

"I was pleased to meet civil society leaders today. The US and India share a commitment to democratic values; this is part of the bedrock of our relationship and reflective of India's pluralistic society and history of harmony. Civil society helps advance these values," he tweeted.

It is Blinken's first visit to India after assuming charge as the US Secretary of State and the third by a high-ranking Biden administration official after it came to power in January.

As Blinken arrived in New Delhi on Tuesday evening, the US State Department said the US supports India's emergence as a leading global power and vital partner in efforts to ensure that the Indo-Pacific is a region of peace, stability, and growing prosperity and economic inclusion.

"India is a leading global power and a key U.S. partner in the Indo-Pacific and beyond," it said in a fact sheet on ties between the two countries.

People familiar with the agenda of the meeting between Blinken and Jaishankar said that a plethora of pressing issues such as the fluid situation in Afghanistan, regional security concerns, COVID-19 response and boosting Indo-Pacific engagement will figure in the deliberations.

Afghanistan witnessed a series of terror attacks in the last few weeks as the US withdrew the majority of its troops and is looking at completing the drawdown by August 31, ending nearly two-decade of its military presence in the country.

In the talks, the Indian side is expected to raise the implications of the withdrawal of American troops from Afghanistan and the need for sustained pressure on Pakistan on terror financing and terrorist safe havens.

India and the US are also likely to focus on ways to augment trade and investment ties besides looking at opportunities in healthcare, education, digital domains in the talks.