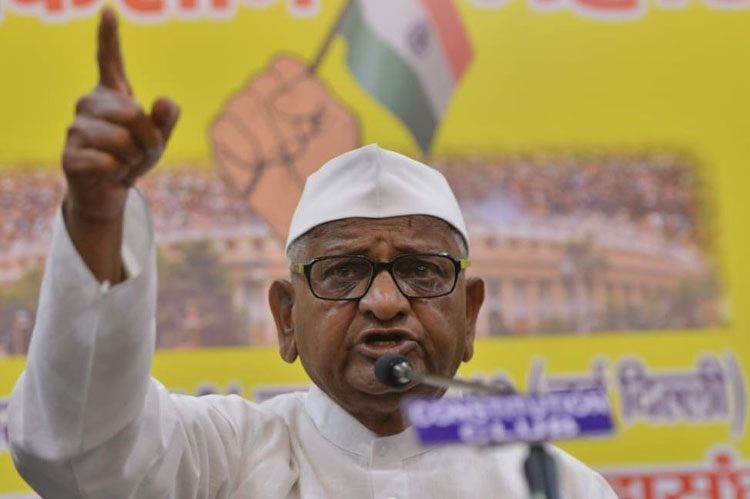 Social activist Anna Hazare on Monday said the Rafale “scam” wouldn’t have happened had a Lokpal been in place as the octogenarian announced another hunger strike from January 30 to press for the appointment of the anti-corruption ombudsman.

“If the Lokpal had been appointed, the Rafale scam would not have happened…. What I understand is (Anil) Ambani who had no experience (in defence manufacture) established a company in March and was given the contract in April (2015)…,” the 81-year-old said.

“What government is this that does not follow the Constitution?” Hazare said. “Bania ka dukaan aur sarkar mein kya fark hai (Is there any difference between a trader’s shop and the government)?”

Ambani’s Reliance Group has said in several defamation complaints against Opposition leaders and the media that its companies have 35 industrial licences in the defence sector.

Hazare had gone on two hunger strikes in Delhi in 2011 for a Citizens Ombudsman law. In 2013, Parliament had passed the Lokpal and Lokayuktas Act, 2013, but the Centre is yet to appoint anyone to the post.

Hazare called for implementing the Swaminathan Commission’s recommendation that the minimum support price for crops should be more than 50 per cent of the total cost of inputs.

At a media conference by the farmer organisation Rashtriya Kisan Mahasangh, Hazare said he would begin his indefinite fast at Ralegan Siddhi, his village in Maharashtra, on Mahatma Gandhi’s 71st death anniversary.