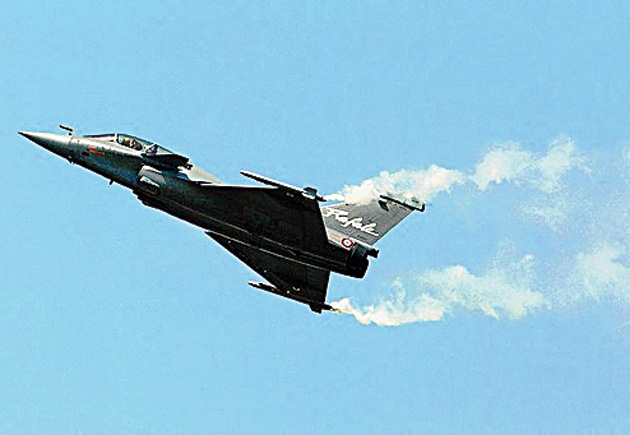 The Centre on Monday told the Supreme Court the Rafale deal complied with the defence procurement procedure evolved in 2013 under UPA II and that the Narendra Modi government had no role in the selection of Anil Ambani’s Reliance as offset partner.

PTI reported that the Centre disclosed to the Supreme Court in a sealed cover the pricing details for the 36 Rafale jets. The news agency quoted a senior law officer, who did not want to be identified, as saying that “subject to various reservations, the price details of the deal has been filed in a sealed cover in the apex court”.

At the last hearing when the Centre had expressed reluctance to share the pricing details, the court had asked the government to record its reasons in writing. The court will go through the documents on Wednesday.

The Centre has not revealed whether it has submitted the affidavit or what the document contains.

The government asserted that Rafale maker Dassault Aviation had selected the partner.

“In so far as the discharging of the offset obligations by OEM (original equipment manufacturer) and its tier-I vendors through Indian offset partners (IOPs) is concerned, there is no mention of any private Indian business house(s) in IGA (inter-governmental agreement) of offset contract,” the defence ministry said in response to an earlier direction by the apex court.

“The offset contract does not envisage manufacture of 36 Rafale Aircraft in India by any public or private firm. As per the offset contract, the vendor/OEM is required to confirm the details of IOPs/products either at the time of seeking offset credits or one year prior to discharge of offset obligation.

“The annual offset implementation schedule, as per offset contract, will commence from October 2019…. The vendor is yet to submit a formal proposal in the prescribed manner indicating details of IOPs and products for offset discharge.”

On October 3, the apex court had directed the Centre to furnish details of the “Indian offset partner (if any)” after petitioners alleged that Reliance had got the contract because it was close to the government.

The Centre has told the apex court the Rafale deal satisfied all the requirements of the 2013 defence procurement procedure (DPP), such as the preparation of service qualitative requirements, acceptance of necessity by the defence acquisition council, technical evaluation and acceptance of the technically qualified platform, commercial negotiations by the contract negotiation committee, and approval from the competent financial authority.

It said it had acquired the Rafale aircraft in accordance with DPP 2013 as well as the previous DPPs and the 2016 DPP, which “provide for defence acquisition through competitive bidding or through inter-governmental agreements”.

The Centre further said the actual decision to procure the medium multi-role combat aircraft had begun on June 29, 2007, but the deal did not materialise over the years for varying reasons.

“The above issue remained unresolved for more than three years. This delay impacted the cost of acquisition, as the offer was with in-built escalation and was influenced by the Euro-rupee exchange rate variations,” the government said.

Justifying the acquisition, the centre said “…our adversaries inducted modern aircraft and upgraded their older versions. They acquired better capability air-to-air missiles and inducted their indigenous fighters in large numbers. Further they modernized and inducted aircraft with advance weapon and radar capabilities.

“As per available information our adversaries inducted more than 400 fighters during the period from 2010 to2015.

“They not only inducted 4th generation aircraft but also included 5th generation stealth fighter aircraft. The combined effect of our own reducing combat potation and our adversaries enhancing their combat potential made the situation asymmetrical and extremely critical. An urgent need was felt to arrest the decline in the number of fighter squadrons in IAF and enhance their combat capabilities,” the Centre said justifying the Rafale deal.