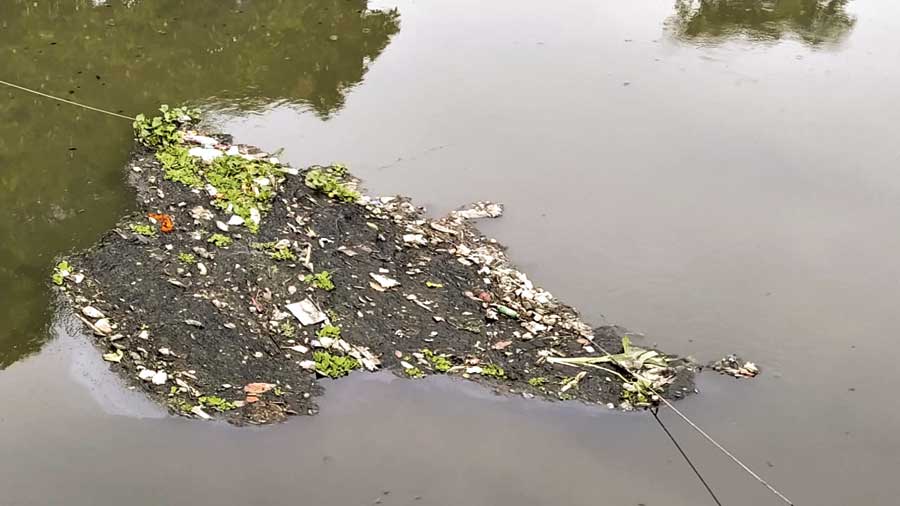 Krishna and Godavari deltas 'have been facing a serious threat due to discharge of increasing quantities of sewage and other pollutants'
File picture
PTI   |   Amravati   |   Published 19.08.22, 12:55 PM

Close to three years after it kick-started and then abandoned the Mission for Clean Krishna-Godavari Canals, the Andhra Pradesh government is now reviving it.

The Mission, which so far had nothing but a Director, has now been given a 16-member Project Monitoring Unit comprising officers and staff drawn on deputation from different departments to carry it forward.

The Mission, for which the Chief Minister is the Chairman, will also finally get an office to formally begin its activity.

The ambitious Mission was conceived in September 2019 as canals in the Krishna and Godavari Deltas "have been facing a serious threat due to discharge of increasing quantities of sewage, trade effluents and other pollutants as a consequence of rapid urbanisation and industrialisation."

The Krishna and Godavari Delta Systems include a network of irrigation canals and drains in the (undivided) East Godavari, West Godavari, Krishna and Guntur districts. The Deltas are considered the rice bowl of the country and also lead in other major economic activities like aquaculture and agro-processing.

The quality of water in Krishna and Godavari canals is categorised as 'C', implying it could be used as drinking water source, with conventional treatment and disinfection. Also, the water contains a high level of coliform bacteria. Besides, the water is also a source for irrigation in the districts with a vast ayacut under the command. The Mission set certain goals for protecting and restoring the canals and drains in the two Delta Systems "to maintain ecological flows by ensuring solid and liquid wastes are treated as per norms and industrial wastes do not contaminate the water."

The government engaged a private agency for preparing a detailed project report (DPR) for canal rejuvenation and appointed senior IAS officer Katamneni Bhaskar in October 2019 as Mission Director to oversee the project. And then, it gave up the Mission, without assigning any reason.

The Mission required an initial funding of Rs 100 crore for preparing the DPR and starting the sub-projects but the government did not sanction funds. Apart from allocation of a certain amount in the state Budget, the government wanted to use funds from the AP Pollution Control Board, earmarked for control of water pollution, and also tap the corporates for grants under Corporate Social Responsibility. The government also wanted the public to 'donate' money for the "betterment of canals and drains of Krishna and Godavari Delta Systems."

"There was also a plan to prepare DPRs and seek funds from the Government of India under Centrally-Sponsored Schemes and Externally-Aided Projects. But nothing happened in more than 35 months now," a senior official of the Environment and Forests Department, under which the Mission functions, said.

According to official sources, a sum of at least Rs 4,000 crore would be required, as per preliminary estimates, for cleaning up and beautifying the canals. "Now that we will have an office and personnel, we will be first preparing the DPRs and then scout for funds," the sources added.