The home minister also said that had it not been for Savarkar, the First War of Independence in 1857 would have been regarded as a revolt 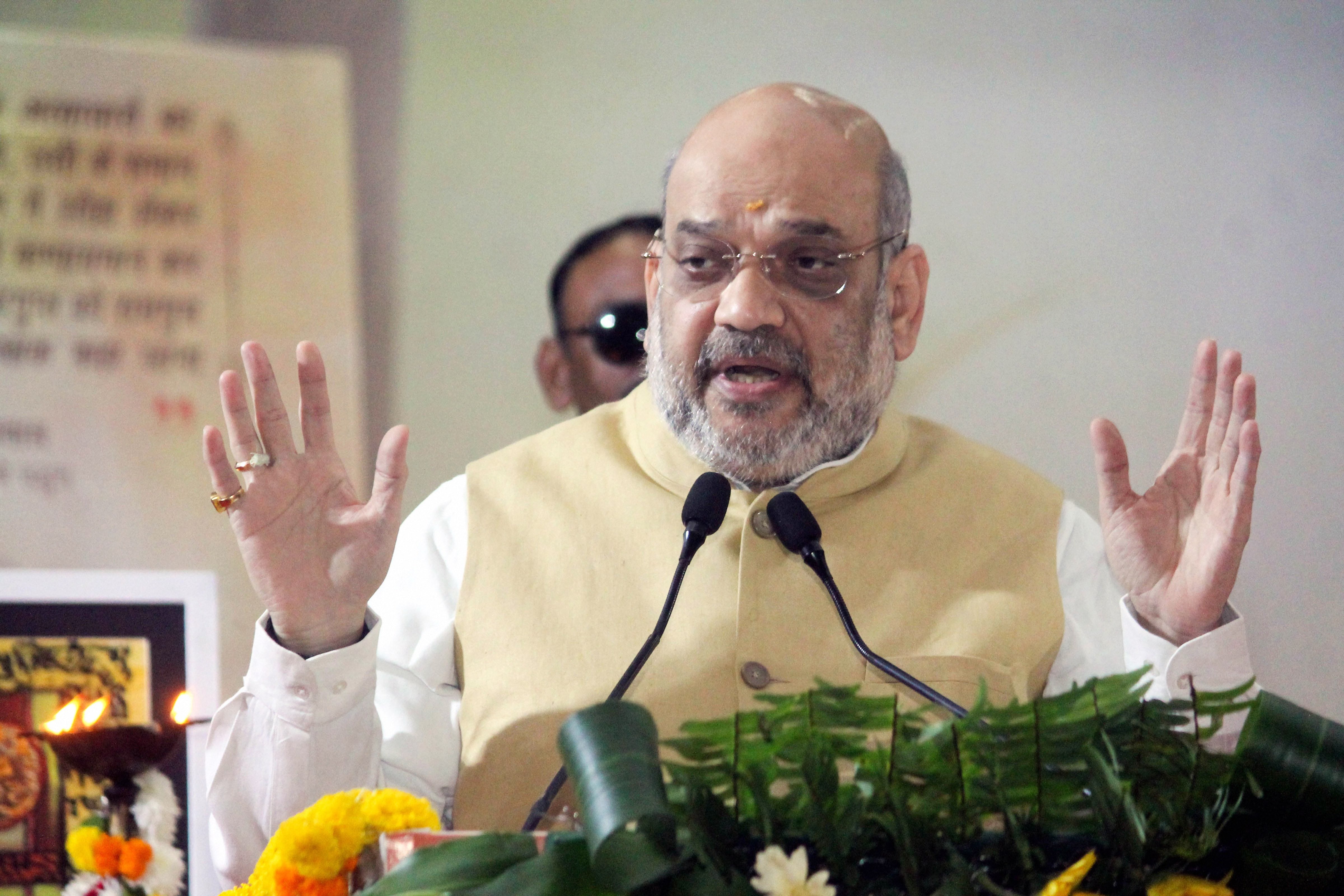 Stressing on the need to rewrite history from India's point of view, Union home minister Amit Shah on Thursday said had it not been for Vinayak Damodar Savarkar, the First War of Independence in 1857 would have been regarded as a revolt.

His remarks came two days after the Maharashtra BJP unit said in its election manifesto that the party will ask the Centre to confer Bharat Ratna, India's highest civilian award, to Savarkar.

'Had it not been Veer Savarkar, the 1857 'kranti' (war) would not have become history and we would have been seeing it from the British point of view,' the home minister said.

'It was Savarkar who gave the name 'First War of Independence' to the 1857 'kranti' otherwise our children would have known it as a revolt,' he said.

Referring to eminent historians in the audience and on the dais, he said, 'It is my request to all that there is a need to rewrite the Indian history from India's point of view but without blaming anyone.'

'It is our responsibility to write our history. How long are we going to blame the British? We don't have to dispute anyone, only write what is truth and it will stand the test of time,' the Union home minister said.

Shah regretted that today's generation was not aware of the contributions and valour of Skandgupta Vikramaditya due to the lack of documentation.

While dwelling at length on the role and relevance of the famous ruler of Gupta Dynasty, Skandagupt Vikramaditya, he spoke on the political future of the nation and also took the opportunity to praise Prime Minister Narendra Modi for making India regain national respect in the world.

'Respect for the country has increased under him. The world pays attention to our point of view. The world listens when our PM speaks on international developments,' Shah said.