Bhagwati Nagar base camp is wearing a deserted look for the last few days, say officials 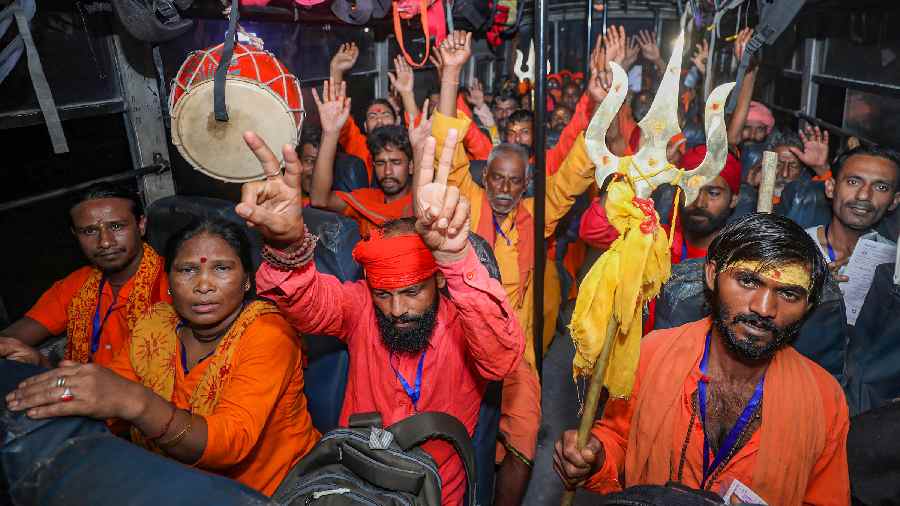 The Amarnath yatra remained suspended from the Bhagwati Nagar base camp here for the second day on Sunday owing to a sharp decline in the arrival of pilgrims, officials said.

However, a fresh batch of 378 pilgrims left the base camp to pay obeisance at the shrine of Buddha Amarnath in Poonch district of Jammu and Kashmir, they added.

The 43-day annual pilgrimage to the 3,880-metre-high cave shrine commenced on June 30 from the twin routes -- the traditional 48-km Nunwan-Pahalgam route in Anantnag and the 14-km shorter Baltal route in Ganderbal -- and is scheduled to end on August 11 on the occasion of "Shravan Purnima" coinciding with "Raksha Bandhan".

"The Amarnath yatra remained suspended from Jammu due to the non-availability of adequate number of pilgrims. We might send one more batch before the culmination of the yatra, depending on the availability of pilgrims," an official said.

The officials said the Bhagwati Nagar base camp is wearing a deserted look for the last few days, prompting the community kitchen operators to wind up their services.

On August 2, Jammu and Kashmir Lieutenant Governor Manoj Sinha had appealed to the pilgrims to visit the cave shrine before August 5 in view of a forecast of inclement weather and more rains after that.

Meanwhile, the 11-day Buddha Amarnath pilgrimage is scheduled to conclude on August 8 with the departure of the "Chari Mubarak" from Shri Dashnami Akhara in Poonch.

There were 90 women and two children in the fresh batch of pilgrims that left the Bhagwati Nagar base camp on Sunday morning, the officials said.

They said the pilgrimage is progressing smoothly and thousands of devotees have so far visited the shrine since the commencement of the yatra on July 29.