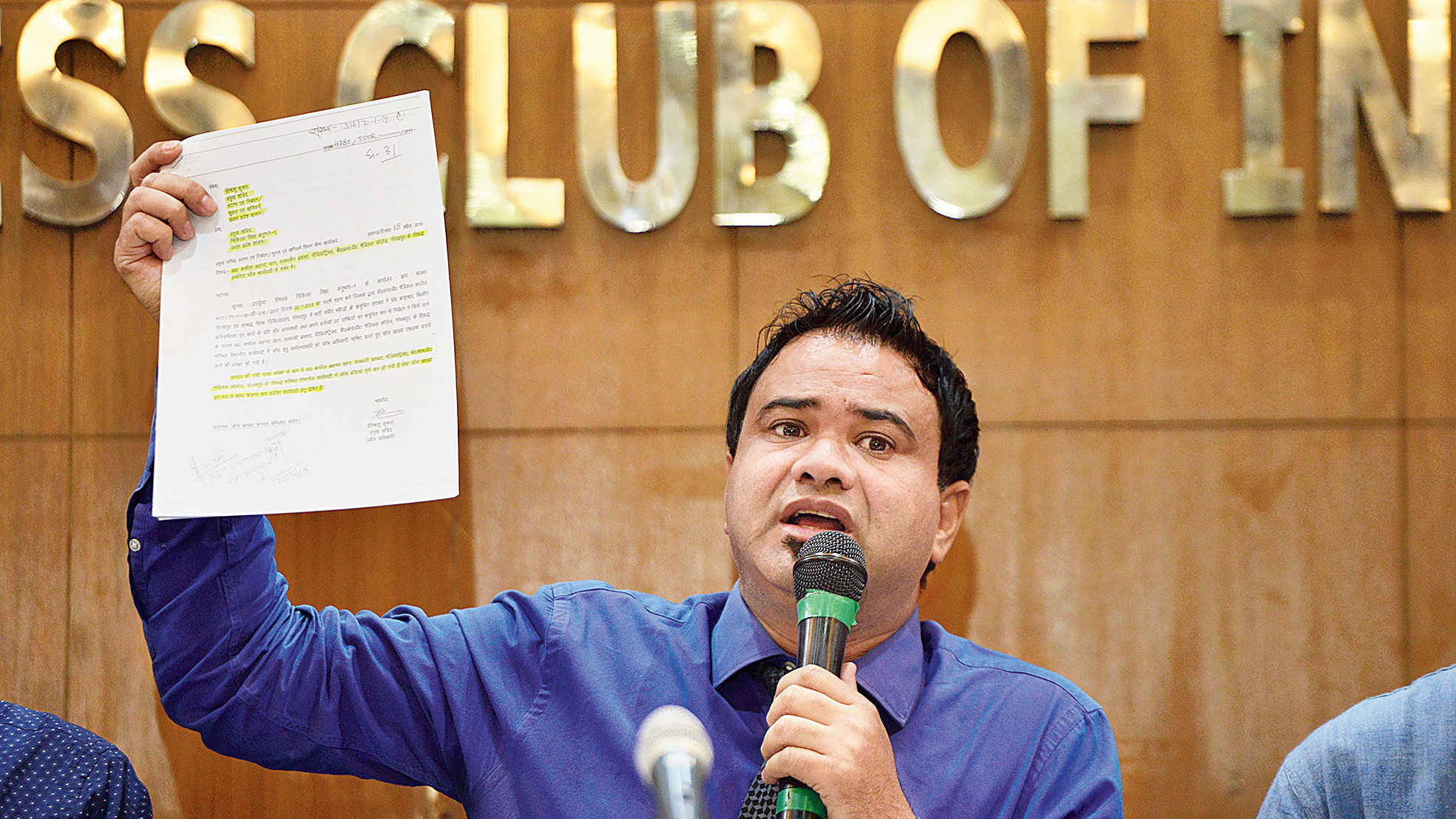 The Allahabad High Court on Tuesday quashed the detention of Dr. Kafeel Khan under the National Security Act and ordered his immediate release, saying his speech at the AMU didn't promote hatred or violence and gave a call for national integrity.

The bench comprising Chief Justice Govind Mathur and Justice Saumitra Dayal Singh said the Aligarh district magistrate, who passed the order for Khan's detention, did a "selective reading" of his speech, "ignoring its true intent".

The court allowed the writ petition filed by Khan's mother Nuzhat Parveen and said the detention order by the district magistrate is illegal.

The petition argued that Khan was granted bail in February by a competent court and he was supposed to be released on bail. However, he was not released for four days and the National Security Act (NSA) was subsequently invoked against him. Hence, his detention was illegal.

Khan has been in jail since January after he delivered the allegedly provocative speech at the Aligarh Muslim University (AMU) during the anti-Citizenship (Amendment) Act (CAA) protests in December last year. He is lodged in Mathura jail.

Parveen, who left for Mathura soon after the court pronounced its order, said she is very happy that her son is coming out of jail and she will be able to see him after long.

Quashing Khan's detention order, the court said, "A complete reading of the speech primafacie does not disclose any effort to promote hatred or violence. It also no where threatens peace and tranquility of the city of Aligarh. The address gives a call for national integrity and unity among the citizens. The speech also deprecates any kind of violence.

"It appears that the District Magistrate had selective reading and selective mention for few phrases from the speech ignoring its true intent."

The court further said in the instant case, the "causal link is found to be missing or completely broken".

"In absence of any material indicating that the detainee continued to act in a manner prejudicial to public order from December 12, 2019 up to February 13, 2020, or that he committed any such other or further act as may have had that effect, the preventive detention order cannot be sustained," it said.

"In fact, the grounds of detention are silent as to public order at Aligarh being at risk of any prejudice in February 2020 on account of the offending act attributed to the detainee on the date December 12, 2019," the court said in its order.

"What remains is a mere apprehension expressed by the detaining authority without supporting material on which such apprehension may be founded," it said.

The court said it had also tested the legality of the detention "on the count of giving effective opportunity to the detainee to represent at earliest".

"The grounds for detention along with material were supplied to the detainee in light of clause (5) of Article 22 of the Constitution of India enabling him to submit representation to the competent authorities at earliest," it said.

"The material so given was a compact disk of the speech delivered by Dr. Kafeel Khan on 12th December, 2019, at Bab-e-Syed gate of Aligarh Muslim University," it said.

One more important aspect of the matter is that the orders of extension of detention were never served upon the detainee, the court said.

"The record shown to us and the pleadings of the petition also refer that only radiograms relating to decision of the State Government for extension of the term of detention were supplied to the detainee," it said.

"The radiograms mention that the actual order shall be sent through speed post but in fact nothing except the radiograms were given to the detainee. In light of the discussion above, we are having no hesitation in concluding that neither detention of Dr. Kafeel Khan under National Security Act, 1980 nor extension of the detention are sustainable in the eye of law," it said.

Under the NSA, a person can be detained without a charge for up to 12 months if authorities are satisfied that he or she is a threat to national security or law and order.

Khan has already spent over six months in jail under the NSA.

In its order, the court said, "The writ petition for the reasons above is allowed. The order of detention dated 13th February, 2020 passed by District Magistrate, Aligarh and confirmed by the State of Uttar Pradesh is set aside. The extension of the period of detention of detenue Dr. Kafeel Khan is also declared illegal."

"A writ in the nature of habeas corpus is hereby issued to release Dr. Kafeel Khan, the detenue, from State custody forthwith," it said.

The Uttar Pradesh government had extended Khan's detention under the NSA by three months twice -- in May and August.

In an order dated August 4, the Home Department had said the NSA was invoked against Khan on February 13, 2020, on the orders of the Aligarh district magistrate.

After this, the matter was sent to the advisory council, which, in its report, said there were "enough reasons" to keep Khan in jail.

On her way to Mathura, Khan's mother Parveen told PTI on phone, "I am very happy that my son is coming out of jail. I will be able to see him after a long time."

"My son is a good person and he was never against the country or the society. It is also my daughter-in-law's birthday today, and we are taking a cake with us as she is in Mathura," she said.

Khan, who worked as a paediatrician at Gorakhpur's BRD Medical College, first hit headlines in 2017 after several children died at the hospital due to the lack of oxygen cylinders.

Initially, he was hailed as a saviour for the children for arranging emergency oxygen cylinders. However, later, he faced action along with nine other doctors and staff members of the hospital, all of whom were released on bail.

A state government probe cleared Khan of all major charges, prompting him to seek an apology from the Yogi Adityanath government.

Khan had alleged that an institutional failure had led to the deaths of the children.

"The Allahabad High Court today ordered the removal of NSA and immediate release of Dr. Kafeel Khan. It is expected that the UP government will release Dr. Kafeel Khan without any malice," she said in a tweet in Hindi.

She also congratulated all "justice-loving people" and party workers in the state who had been making efforts for Khan's release.