Advertisement
Home / India / All four will die: Ominous remark on Facebook Live by man in BMW before crash in UP

All four will die: Ominous remark on Facebook Live by man in BMW before crash in UP 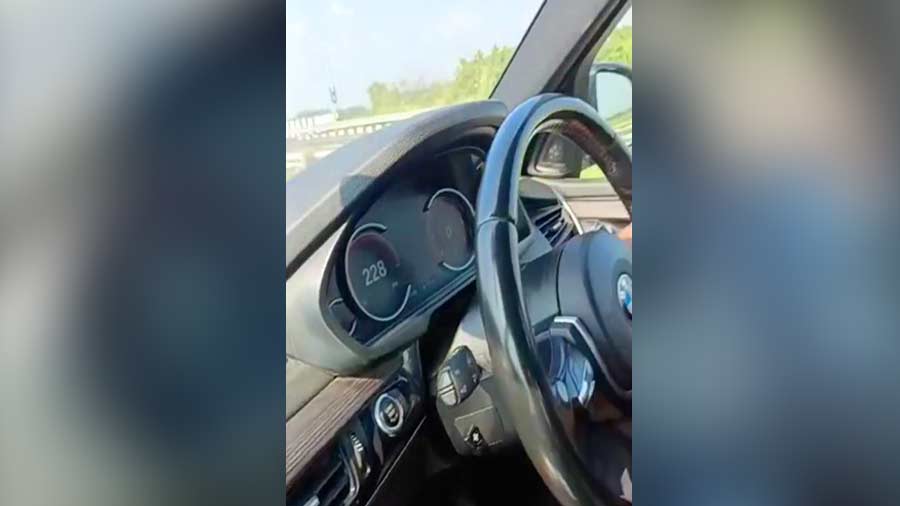 The four people who died in a BMW car crash on Purvanchal Expressway in Uttar Pradesh last week appeared to be aiming at a speed of 300 kilometres per hour and were on Facebook Live as they reached 230 kmph.

In the chilling video that surfaced on social media, one of them is heard saying, Charon marenge (All four of us will die). The man at the wheel asks the fellow passenger to keep quiet so that he can drive.

The BMW hit a container-truck coming from the opposite side in the collision near Sultanpur on Friday. The four men were hurled out of the smashed car, which is now kept at Haliapur police station, an official said.

As the driver slowed down after reaching the speed of 230 kmph, an occupant asked in Hindi, "Why are you applying the brakes. Don't slow down. If we slow down, we will not be able to pick up again."

Three of the victims were identified as Anand Prakash (35), resident of Dehri in Bihar, Akhilesh Singh (35) and Deepak Kumar (37), both from Aurangabad, Bihar. The authorities are trying to identify the fourth man, the DM said.

Officer-in-charge of Haliapur police station Ram Vishal Toman said a case has been registered against the container truck driver and search is on for him.

The expressway connecting Lucknow to Ghazipur district in eastern Uttar Pradesh was inaugurated by Prime Minister Narendra Modi in November 2021, ahead of the Assembly elections in February-March.

The speed limit on the expressway is 100 kmph, a UPEIDA official said.

"Advanced Time Management System (ATMS), which is aimed at detecting speeding violations, is being installed on Purvanchal Expressway. The system is operational on the Agra-Lucknow Expressway," the official added.

The ATMS sends a challan, seeking payment of a fine, to the vehicle owner if speeding is detected.

Ex-servicemen are also deployed to run patrol vehicles on the expressway to be on the lookout for speeding vehicles, he said.